Another logical conclusion to all the research into NGO's proposed bans on E-Waste Exprot Trade.

"Hey, we can do it right.  We can repair and recycle better than you can"

As goes Hong Kong, so goes Agbogbloshie, Accra, Ghana.  A $30M State of the Art E-Scrap Recycling Plant is breaking ground in Ghana.   In January, I'll be there.


The Ministry of Environment, Science, Technology and Innovation in partnership with the Environmental Protection Agency are set to commission the construction of a recycling facility at Agbogbloshie in the Greater Accra Region.

Estimated at $30 million for the first phase, the facility is expected to recycle all waste electrical and electronic equipment to final products in an environmentally sound manner, relieving the people of Accra and its environs, specifically Agbogbloshie community of toxic pollutants generated from the burning of e-waste. - See more at: http://citifmonline.com/2016/11/23/govt-to-construct-30m-e-waste-facility-at-agbogbloshie/#sthash.EpjnrmbK.dpuf

Once again, the solution to "sweatshops" is found to be "air conditioners".  Given the choice between moving business back to "Big Shred" in Europe and the USA, the Tech Sector in Emerging Markets says "Thanks but we like managing this, and by the way we're really, really good at it". 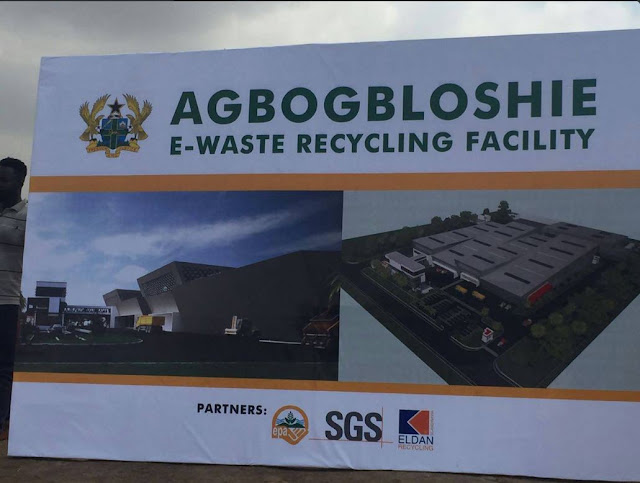 Finally the End of Ewastegate?

In a recent correspondence, the Executive Director of the Seattle NGO made a comment about our long history trying to work with or around each other on the subject of "e-waste" regulation.  He summed it up by saying "We have a disagreement about international law and policy".

Fundamentally, perhaps not really.  We agree on what the Basel Convention says about trade between OECD and non-OECD countries.  We agree on what the Basel Ban AMENDMENT says, which would change the rules in the Convention (which covered disposal) to cover recycling and repair.  We agree the second, the Amendment, has not been ratified.  We agree that his organization has been successful in getting several European countries to substantially adapt rules on scrap recycling, repair and reuse to match the language in the Basel Ban Amendment.  And we agree that we strongly disagree whether that is the right direction for "international law and policy".

Although I'm certainly more comfortable around international law discussions than your average junkyard recycler, I would not attribute the disagreement, at least primarily, to interpretation of international treaties.  Here's my problem.

1) OECD is a bizarre basis for determination of "waste crime".   The Basel Convention uses "OECD" to make a binary distinction, drawing a line between Brazil (non-OECD) and Mexico (OECD) that "waste" shall  not cross.  The line is based on a bizarre "club membership" standard. It is not based on any science, whatsoever.  Rather, its entire basis is a rather quaint 1970's "third world" idea correlation.  Places like Singapore and Hong Kong, have higher average per capita incomes than the USA. They are not OECD, but are clearly in the business of electronics manufacture, warranty returns, refurbishment and recycling.  "OECD-Non-OECD" makes as much sense as dividing people by race, by religion, or as "cowboys and indians".

"Bad Science in the Headlines" has been a subject of research for some time, and there is nothing in e-Waste coverage to distinguish it.   Sensationalism in journalism is a human health risk.  Racially profiling geeks of color is not only morally toxic, it can produce actual risks to human health.

But if BAN brought emotion-guns to the policy fight, I can't fight with a scalpel.  And so we had little recourse but to focus on the accidental racism, the collateral damage, and false stereotypes which the sensational "e-waste" journalism brought down upon the Geeks of Color.

This year, the average readership per blog has doubled.  That's no doubt thanks to the interest in #ewaste generated by the Basel Action Networks claims, and academic links to MIT Senseable City Lab.  I thought perhaps the links to Hong Kong (specific geographies, like Tin Shui Wai) may have had something to do with the readership, but actually the hits were greater in the Pakistan Faisalabad blog (which tracked the 3 CRT monitors that BAN said were exported, 2 of which wound up at a TV remanufacturing operation a few blocks from a major urban university - a far more interesting story than the dystopia described by BAN). 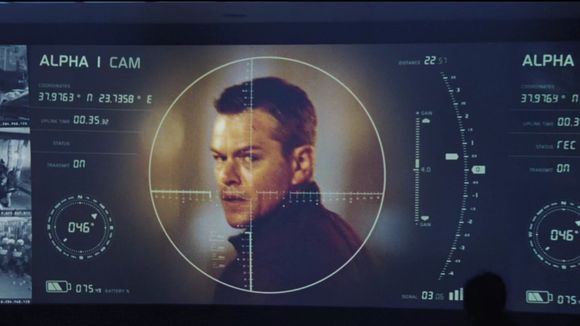 Or is it something else entirely that attracts readers?  Jim Puckett, the speakers on TED about #ewaste, EU policy makers, publish-or-perish researchers, the regulators, and myself, are all looking for the right background for the movie we are making in our heads, about ourselves, and our role in discarded items generated by consumers.  We all perceive ourselves in a defensive position.  EU folks I interviewed seem absolutely dumbfounded that the African Tech Sector I work with saw them in a completely "offensive" light.

Pictures of kids at dumps, and Halloween ghoulish rice-paddy language, make our jobs - and our blogs - seem more exciting, more worthy of a Moby Soundtrack (bottom).  Activists perceive ourselves as heroes, academics as judges or historians, and commercial interests are in some ways the most honest - getting food on the table for families by providing what the marketplace asks for.


Corporations and their shareholders should make major investments in the counties (Maine and Nebraska) whose Electoral College representatives are allowed to vote outside their state "winner take all" system. Like a "magnet school", these counties economic benefits would create incentives for other states to slowly loosen the "winner take all" system which is responsible - twice in 2 decades - for promoting a candidate with fewer popular votes to Chief Executive. Detroit should be the first. Had Michigan allowed the City of Detroit to cast its own proportionate electoral votes, investors would be saving the city and politicians wouldn't appeal solely to the Michigan rural majority. Whichever Michigan governor pulled it off would be credited with healing the city, which has become the very thing that "white" Michigan cities (Howell etc) fear in its current state.

I'm constantly asked to explain the USA's Electoral College whenever the topic of a USA election comes up. It's a civics lesson about a rational decision by smaller state actors. Here's how I explain it to Europeans.
Imagine if Europe were to try to elect a President of EU. Its "United States of Europe" constitution would require the buy-in, or joining, of individual member states with their own cultures and languages. Those states would, in a completely free market, face the same market forces as urbanization. Money is more efficiently concentrated in one place. Smaller nation-states would fear being lost in the shuffle.
Why build a bridge or an airport or a stadium in a small state, like Vermont or Belgium or Denmark, if the marketplace and political (voter) economics reward spending that infrastructure money in a big city like London, Paris, Milan, etc? If you were a President, you could always win more votes by spending every federal dollar in the cities and states with the most votes. If you were an EU state like Belgium, you'd be about the population of Michigan in the USA (in proportion to USA/EU population). That fear created the "winner take all" electoral college, and Luxembourg would as likely want "all its votes" cast on one candidate, to ensure candidates don't just passively take 45% of their votes and move on.
READ MORE »
Posted by Robin at 3:49 AM No comments: