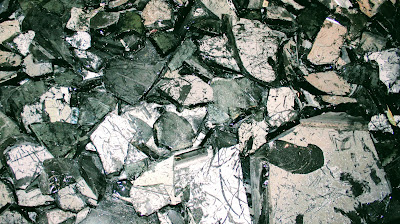 There's a CRT glass CERCLA lawsuit claim against 60 or so companies who chose not to pay demands by the landlord for Closed Loop Recycling and Recovery in Columbus, Ohio.

I informally consulted for OEMs on David Cauchi's CLRR processing operation from 2010, all the way until 2016. My company was one of the first to cease deliveries, before speculation occurred.  "No good deed goes unpunished," as the saying goes. Garrison South Park (GSP] and Olymbec not only named us anyway, but took information I've provided online over the years and introduced it to the court as evidence that my company was deliberately part of a sham to dump CRT glass on them.

Well, well, well... Their position is that we should have known something in 2011, from hundreds of miles away, which they still couldn't figure out in 2015 (when Olymbec leased CLRR a third warehouse), or when they appraised and purchased the original property (2013) while CLRR was operating inside. It's not like multimillion-dollar commercial landlords know anything about CRT recycling?

There are probably enough of these blogs on the subject of CRT recycling since 2007 to pass as a Ph.D thesis.  Here are some important questions for the CLRR, Olymbec, Garrison South Park case.

How many landlords will have had this on their property, and how many times will recyclers have to settle the costs, before it's over?