Instead of Reading About E-Waste, Read Something Important

The Price of Precious, by Jeffrey Gettleman, will shock you back to the reality between Tinkerer's Blessing and Curse of Natural Resources.

"The first child soldier pops out of the bush clutching an AK-47 assault rifle..."

The article is about the "wild eastern edge" of the Congo... an area near Bukavu, where I spent my first weeks in Africa in the summer of 1984.   I've been a fan of Gettleman's for several years, ranking him with Fareed Zakaria and Tom Friedman as mainstream reporters who "get it".

It's the mining, stupid. 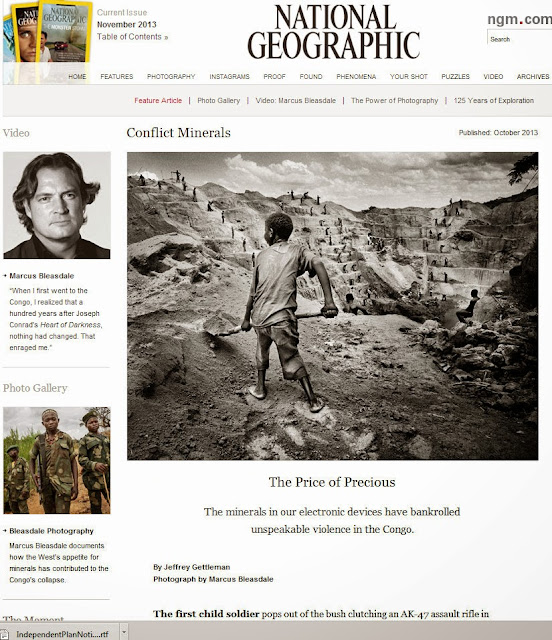 Nothing I've written below here is as important or as well written, or as insightful as the National Geographic article.  I urge you not to read further.

The article is profoundly sad.  But its also sad to me that I began this trek into reuse and recycling "e-waste" from the very same ground as Gettleman walks, eastern Congo, Rwanda and Uganda border zones... a frequent theme, and digression, in the blog. 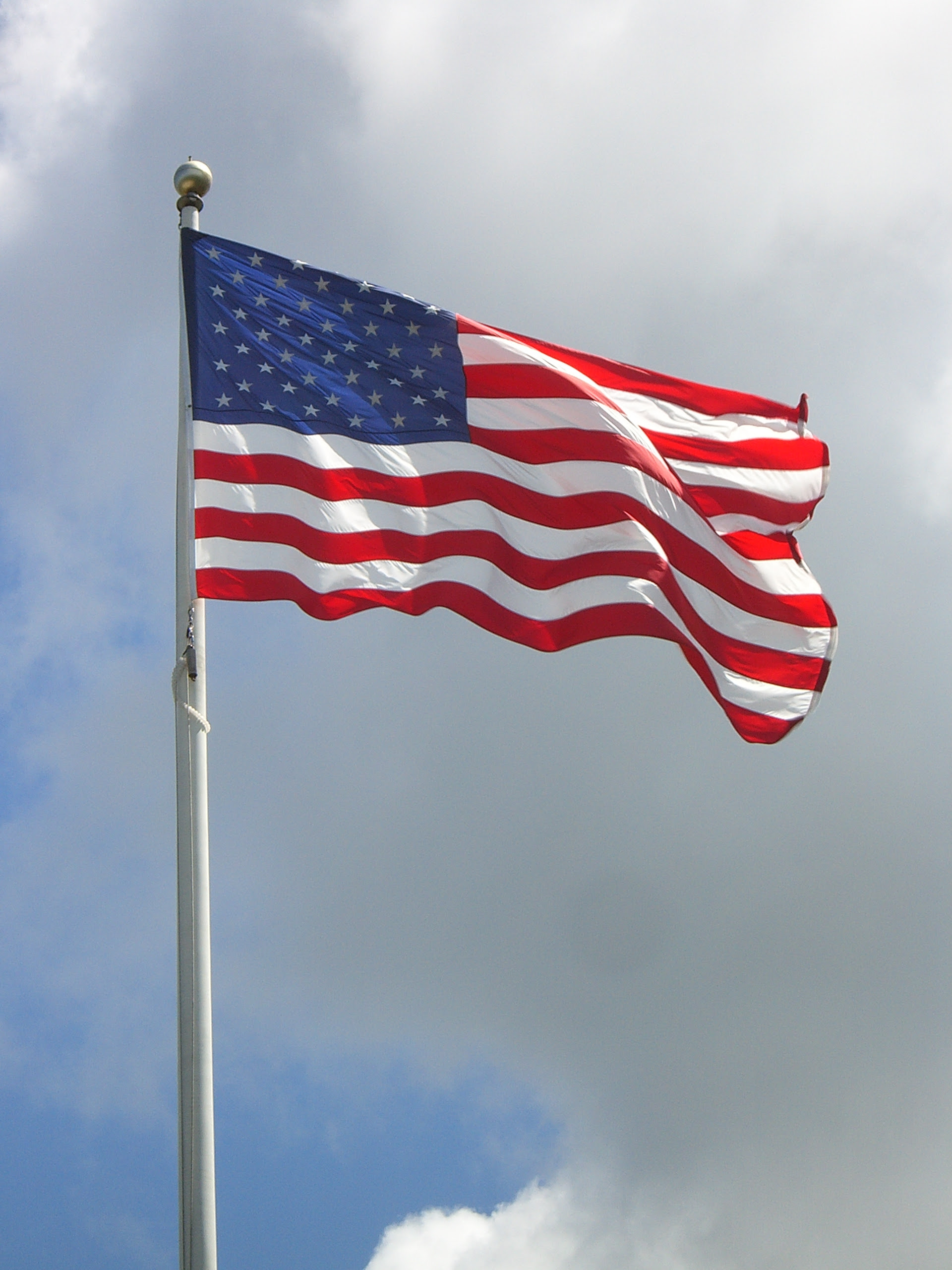 As the recycling program manager at Massachusetts DEP in the 1990s, I oversaw something like 40 contracts per year (if you include 03 consultant hires).  We went through one of the biggest bid challenges, for the Springfield Materials Recovery Facility, which saved the state about $1 million dollars per year by switching from an incumbent vendor.

We knew that if the incumbent vendor lost, that they were certain to challenge the bid, so I had lots of time with attorneys at MA DEP making sure that each step of our bid evaluation was transparent, and run by NASPO.org standards (National Association of State Procurement Officers).  (Link to Massachusetts Chapter 30B Guidance on Procurement)

The incumbent Springfield MRF vendor did appeal, and they even won an injunction keeping us from awarding the contract to a new vendor.  Even though the state was losing roughly $500,000 during the six month injunction, however, we saw our jobs as making a smooth and continuous transition, and further, to show that Massachusetts DEP did not even want to suffer the APPEARANCE of impropriety.  By NASPO standards, the appearance of shady procurement is just as costly to society as impropriety itself.  Once an injunction is granted, the best thing is to sit down, in full transparency, and let the protester's case be heard.

So we patiently worked with the incumbent vendor, in as professional a manner as we could, until the court hearing.  The court found The Massachusetts DEP's contract procurement process was valid and dismissed the injunction.  But like an appealed referee's call in an NFL game, no one accused anyone of doing anything in bad faith.  And at this time, I'm not making any noise about bad faith in Vermont.

You will see in the news cycle a number of stories about the State of Vermont's E-Cycles ("e-waste") contract procurement, which my company, along with NRRA.net, administered for the past 27 months, with generally rave reviews.   The truth is that before the Vermont electronics recycling law had even passed, my company had already set up the infrastructure, and had a turnkey proposal in place in 2011.

This is not the time or the place to air our concerns about the new 2014 contract, or the merits of the two proposals the state decided between.  But this is a time to look at Vermont Procurement laws, and ask why "safety railings" are not in place to keep vendors and regulators from having it out in the press.  That's what NASPO standards were created to avoid.

"Does the injunction save the state money while providing the public assurance to a fair review of the process?"  If the answers to both questions is "yes", why fight the injunction?  Save tax money, hear the appeal out, and start the new contract when you've won.

From EPA research archives, here's a photo found by author Adam Minter (ShanghaiScrap, Bloomberg).  Minter covers the history of Automobile hammermill-shredders in this month's Foreign Affairs (a serious coup for an international relations cultist like me).

If you want to understand the scrap electronics business, you should study the scrap automobile business.  And the hard rock mining business.


As Minter points out in a recent blog post,


At the time this public domain image was shot, abandoned cars were among the most serious environmental crises facing the United States. Estimates vary, but in 1970 General Motors – theoretically, a knowledgeable source – estimated that there were at least 40 million cars abandoned in public places across the United States. In 1967, New York City reported 70,000 cars were abandoned on its streets, alone. By scale, and seriousness, abandoned cars exceeded any waste disposal problem before or since (including the so-called “e-waste” crisis).

Proper management of "e-Waste", WEEE, or scraps from used electronics is a very "niche" environmentalist concern.   When public attention, or a reporter, stumbles on a niche issue, it's hard to know who the "expert" is.   This leads to what I'd describe as "celebrity experts".    We know certain celebrities who are "famous for being famous".


"Even when a person's fame arises from a particular talent or action on their part, the term will sometimes still apply if their fame is perceived as disproportionate to what they earned through their talent or work."  wikipedia

Ten years ago, Jim Puckett announced his organization was an expert.   He may well be an expert in Basel Convention, a truly niche environmental law.  But he got so many things wrong about Guiyu, that he's lucky the place was too obscure to recognize the truth behind.  Here on Columbus Day, we still call American Indians "Indians".  And people still think Guiyu was a resting spot for cathode ray tubes.  There are none there, or what few were photographed were small enough to be generated from homes in Guiyu itself.

But Puckett made Guiyu "about" a Swiss city, Basel, which I drove through last summer.   He did not explain the difference between the Basel Convention ratification by the USA and the ratification of an Amendment to the Basel Convention by everyone else - but he made the city name of "Basel" mean both, to most people in our industry.  His expertise created confusion.  Basel Convention, in Annex IX, allows export not only for reuse and repair, but actually for recycling (so long as no Annex III releases occur... so no burning, but if it's properly accounted for, it's legal.  See B1110).

The Basel Ban Amendment (proposed) was promoted in the mid 1990s as a cure for what Jim claimed was the "recycling loophole".  And this "amendment" has still never been passed by the Convention.  But hang on, derivatives of derivatives approaching...

Someone suggests that the "export for repair" legality in the Basel Convention should also be included into the proposed Basel Ban Amendment (the one still under "consideration" after 15 years).  That  suggestion was not voted in.   But now our celebrity expert gets National Coverage on not-amending-an-unpassed-amendment (Resource Recycling's E-Scrap News).  The headline becomes that repair is denied at a meeting of the Basel Convention.

Nothing changed.  Repair is still legal under the Basel Convention (as is recycling).   And the Basel Convention "Amendment" still hasn't passed.  The wording to the 1995 Amendment was "not changed". And the celebrity expert, Jim Puckett, gets that into the national news.

Obscure meeting about 15 year old unpassed amendment generates headline.  See what he did there?  He can make anything a headline, just like Molly Cyrus, Tom Arnold, Kato Kaelin, or Paris Hilton.

BAN's an expert at being an expert.  You do have to grant them that. 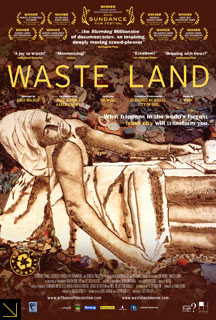 This week, I'm organizing a slew of information about the Vermont "E-Waste" Program, for a series I call "Muleskinner Blues".   I cannot just write it in anger, I'm gonna try to be very objective.  But there is a point at which the reputation of a state for beauty and environmentalism can get in the way of sustainability.

How important is what we do in Vermont?  Well, it's just a dingy little scrap company.   We aren't very profitable.  And the reuse, the reuse I pride myself in, is sharply declining.


Valter: [talking about the importance of recycling] People sometimes say "But one single can?" One single can is of great importance. Because 99 is not 100, and that single one will make the difference.

That quote is from Waste Land, a documentary I watched this morning with my wife and daughter.  It's by the Brazilian born artist Vik Muniz.   I won't go into a "spoiler" about the film, I want everyone to see it.  Or at least watch the interview with Valter, posted from youtube at the bottom of this blog post.

All Will Be Revealed in Vermont, Postscript on ACA Tea Party

I'm in a tempest in Vermont, very high stakes.  But information is coming out of Montpelier so slowly that it would be a mistake to come to conclusions too early.   Until 10 days ago I thought my company had been underbid... we waited though to see the contract.   Our bid was lower and our qualification score higher.

But my mind is still idling, so let me say a couple of things about ACA, the Affordable Care Act, monikered "Obamacare".

In other words, the USA already ate 90% of the public health care apple with Medicare and Medicaid.  The ACA will neither do much for the young (a small percentage of whom need care) nor for costs (we keep doing major intervention on elderly).  Public health care works in Europe because the average person there realizes something most Americans haven't come to grips with.  We are all gonna die some day.   I have had to watch 3 of my 4 grandparents basically be tortured to death with extended care.