For over Ten Years, WR3A has been collecting video interviews, showing firsthand accounts by both the Second-hand tech sector and recycling (scrap) sector in places like Ghana, Senegal, China, Cameroon, Egypt, Peru, Mexico, Indonesia, etc etc.  There is a new hashtag for this.

#OWNVOICES. It's  about marginalized people telling their own story, especially when it differs from - or opposes - "their" story as told by big money and charity industrial complex "saviors".

It is Overdue.  Marginalized reuse techs - labelled "collateral damage" (2013) by Jim Puckett of BAN.org - have to to take the mic. 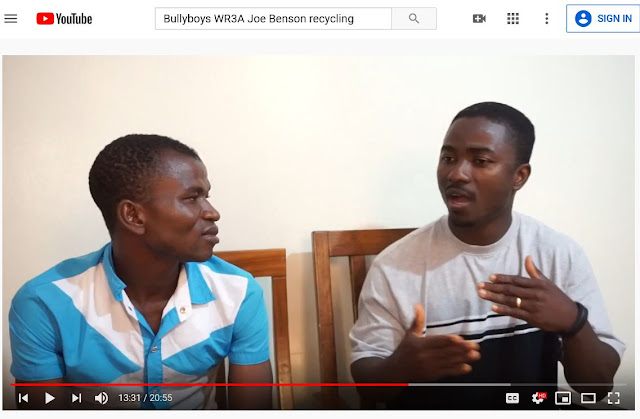 One huge takeaway from author Adam Minter's visit (his 3rd) to Middlebury last week was his ability to transition the story of Secondhand to "OWN VOICES". Google search top result for definition is a good start:

Thought you'd appreciate this coverage of Adam Minter's new book, Secondhand.  He has already been interviewed by NPR OnPoint and Marketplace, and will be on Fresh Air on Cyber Monday.  The concluding chapters of his book focus on our work, at Good Point, and in Ghana, on Fair Trade Recycling.

This has been a long and steady slog. Adam's research was enormously supported by interns from 2007 thru 2019.  Adam was inspired to write this book at the 2013 Middlebury College Fair Trade Recycling Summit, and the research by interns at Memorial University, Univesidad Pontifica Catholica (Peru), USC, MIT, Middlebury, U of Amsterdam, U de Paul Cezanne, Univ Monterrey de Guadalajara, developed a tome of documentation and research (much of which was consolidated in the excellent 2018 MIT Press publication Reassembling Rubbish by Dr. Josh Lepawsky).

Blog 1,430. Fresh on the media blitz of author/journalist Adam Minter's second blockbuster - Secondhand: Travels in the New Global Garage Sale - there are a lot of questions about how to deal with the growing mountains of secondhand stuff.

In fact (shameless plug), we met ten years ago next month. December 1, 2010, kicked off a period of "dueling banjo blogs", when Adam was writing about secondhand and scrap markets from Shanghai (ShanghaiScrap.com).  Here in Vermont, I was writing blog about my heroes in emerging markets, telling positive stories about differently abled poor people ingloriously described as "primitives" by white savior barbies who insist all used electronics be shredded rather than traded, and who described the purchases of secondhand stuff "illegal dumping".

[The concluding 2 chapters of his book are a distillation of ten years of correspondence between me and Adam, including his 8 trips with me to Ghana, Vermont, Boston, and the Bronx NY.]

Triage.  At Good Point Recycling in Middlebury, Vermont and Brockton, Massachusetts, our 40 staff have to manage up to 500,000 pounds per month of used electronics. A few of those devices are recently "electively upgraded", with a good resale value. But alas, like by Minter's other Secondhand firehose drinkers (Goodwill, Salvation Army, Japan's BookOff) we find that the vast majority has been in a closet for way too long. We send very little (5%) to the dump - mostly Ikea-grade wood from older electronics. But most of the items are going to be de-manufactured or shredded into little pieces of copper, aluminum, glass, black plastic, white plastic, circuit boards, etc.

There is a lot of value, a lot of waste, and a lot of emotional baggage. Fortunately, some things are easier than we make them out to be.

So there's a training program for the staff, based on the concept of "TRIAGE". There's a first sort, to get stuff to the department where there's an expert in that stuff (usually, de-manufacturing). Then there's a "second sort", which may mean testing the electronics to see if they work, looking up demand for them online, or removing 36 screws with 8 different screwheads using power drills. Sometimes, with things like "vintage" or antique electronics, or items that might have a hazard like lithium battery, there's a third sort, or reason to ship the third sort equipment to a different electronic specialist. 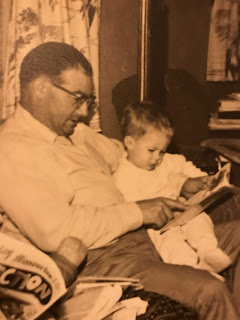 And also this hits home... All of us eventually are called to sort and settle our loved ones possessions.  Last month I flew to my 77 year old mother's home in very rural Marshal Arkansas. 29 years before my dad passed away in 2017, he had moved his own mothers STUFF from his super revered grandfather's home in Taney County Missouri. I wish I'd had 40 employee company when he did that, a lot of valuable antiques were lost, and dad  tried to save a lot of things that had only sentimental value.

Dad moved a few tons of those things to an abandoned house on their new property in Marshall, down the hill from mom's.  As giant oak trees are wont to do in Arkansas wind storms, one had sliced the abandoned house practically in half, and by the time I got there several rains (and a couple of meth-heads) had been through the place (one methhead kindly forgot all the silverware in a cottage cheese bucket near the door, probably set it down and couldn't find it again).  Anyway, I came down as a professional to "TRIAGE" the damage, and cherry pick the 20% of non- ruined stuff worth saving.

The thing I'm most grateful for finding in the destroyed home was a wood carving by my grandfather, Clarence Fisher of Ridgedale, Missouri. He taught me early on about quality, repair, and the good-enough market. He was probably born to the poorest hillbilly family in the county (his father did not read or write, signed his name with an "x"). A self-taught carpenter and subsistence farmer, he left a deep imprint on me. Adam Minter had a similar relationship with his own grandfather.

The carving I salvaged from the house is the lower one (the top carving Pa gave us as a gift, it was his last carving). He told me he was worried he might not be able to do one for everyone in the family. But later it turned out he had an idea, to make a wood carving template, so he could "mass produce" them, or some other carpenter could.  That lower one I found on the floor of his daughter (my mom in Arkansas) in the house the tree destroyed.

Adam is going to get a lot more coverage this month - C-SPAN, NPR Marketplace, and Fresh Air. And check the reviews so far in Nature, Publishers Weekly, Waste Dive, Recycling International, and NPR to name a few.  It's a great read, and if you want to hear some secret advice on the dilemmas he addresses, directly from a Reuse Pro, read on.

Is an "illegal" market, or a "black market", unethical?

It is illegal to sell the Holy Bible in many nations, but who would consider it unethical?  It is important to distinguish ethics from laws passed by authorities to grant - well, more and more authority. 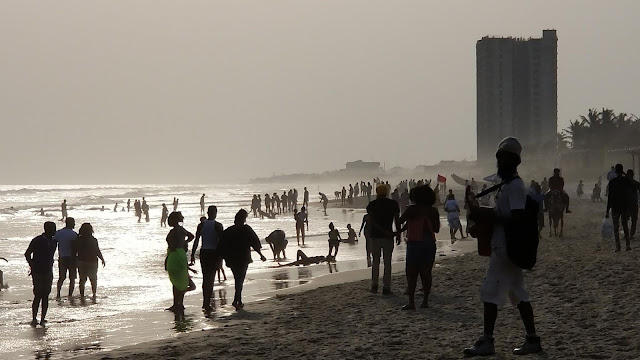 Ethical Gravity 3: Circular Economy Does Not Orbit Us, Tiger

Environmental Ethics Revolves Around Generations Yet To Be Born.

Primum Non Nocere to the future.

Long theme of this blog is how human behavior can be explained, or motivated by, Darwin's theory of evolution. Steven Pinker's psychology books owe a lot more to Darwin than to Freud.

We can see an animal - rat, beaver, guinea fowl, tiger - knows something is "about them".  Our brains are mapped the same way.

I suffer everything - desire, fear, and anger - for the Tiger.