This Good Point Ideas Blog has a dandelion in the background.  The wind is blowing the seeds. The image isn't random.

Some people consider the dandelion to be flower. Some consider it a salad green. But many consider it a weed.  Some of my earliest memories of "ethics" were my parents and great aunt's explanations of why I should be careful about blowing on mature dandelions, the "controversy" or "ethics" of spreading the seeds of a flower that will blow onto other peoples' lawns. My parents told me they don't mind dandelions on their own lawn, but others felt differently.  The issue, my dad said, was whose property the dandelion seeds landed upon. 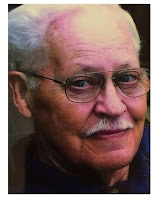 On the first year anniversary of the passing of my dad, William J. Ingenthron, professor of Mass Communications and Journalism at the University of Arkansas (and Fresno State), I find myself reflecting on the dandelion discussion.  I was probably 3 and a half years old at the time, standing on the lawn at Auntie Maude's home in Columbia, Missouri, where my dad was to earn his J-School degree (I do have memories of 2 and a half as well, and possibly earlier).

"That is frowned upon here."

That "frowned upon" expression was expressed to me about 18 years later, when I had just thrown a lit firecracker out of a Carleton College dorm window.  And I did feel a little chagrin about that, though my friend and future Co-RA Peggy shrugged just afterwards, saying "I smile on it".  Using social consensus to define ethics is an interesting tool. Juries do it.  And consensus forms the crucible of the most important theme of this blog - Environmental Racism.  Accidental environmental injustice. Collateral damage. Friendly Fire...

It matters who we ask.  And after about 10 years, the chief "Authority" - Secretariat of the Basel Convention - has recognized that its first foray into screening used electronics sales had not asked enough people about the ethics and effects of used electronics exports. A little pat on the back here - I never attended a PACE meeting. But we were recognized for our contributions by SBC's Partnership for Action on Computing Equipment (PACE)...

The primary comment we submitted ten years ago was that Emerging Markets Technicians (not just regulators) had to be consulted in the drafting of the PACE Guidelines.  If OEMs (Planned Obsolescence), Secondary Smelters (Big Shred), and NGOs (White Saviors) were drafting the rules without consulting Africa, Asia and Latin America's Tech Sector, they were likely to do more harm than good.  As Emmanuel Nyaletey told the IERC conference in Salzburg, Austria, last month (my paraphrase) "writing rules for used electronics repair without consulting with African technicians is like writing a health manual without ever talking to a doctor."  The buyers know what they want, thank you.

Here's an interview with a man, Olu Orga, who started in Agbogbloshie, and worked his way into Ghana's Tech Sector. If the Secretariat or the Basel Convention has something to thank American Retroworks Inc for, it's for keeping the doors and windows open during an echo-chamber of false claims and ewaste hyperbole.  As everyone sought to prove they weren't dumping on the poor, they became ashamed to admit friendships like this, if they were even brave enough to have them.

"That's All I Need to Know" - Confirmation Bias For Sale


"If you disagree with me about gun control, that’s all I need to know about your opinion."

"If you disagree with me about abortion, that’s all I need to know about your opinion."

"If you disagree with me about sex, that’s all I need to know about your opinion."


Nine times out of ten, you were probably right, anyway, about them. Because in all probability, you met someone whose opinions are just like yours.

Some things (facts) really are right and wrong. The sun doesn’t revolve around the earth. Lead weighs more than oxygen. There are certain things you really don’t need to listen to alternative opinions about. Most of us know that.

But we are built, or evolved, to take short cuts.

Our brain is efficient. We know to stop listening to false broadcasts. “Bananas are poisonous” fails evolution when believers starve. We evolved to filter out nonsense.  And when we are surrounded by a tribe with the same opinion, we've evolved to agree with it.

But “confirmation bias” also means we prefer simple decisions or explanations to complicated ones. We naturally prefer an opinion that confirms the one we already have, and have less comfort or willingness to accept an opinion that is very different.

That is dangerous, because it can filter out NEW information. Diversity of opinions and dialectic and reason around opinions that face conflicting facts, all of this "western philosophy" and "scientific methodology" really beats the heck out of "play theory".


Plato and Aristotle applied mathematical methods and proofs to ideas, and called it logic. The dialectic theory says that the one person out of the ten who disagrees with you is the most valuable opinion you have available.  It gives you something to test out.

The opinions we hear that agree with our own don’t really seem to merit time to challenge. Why double check a lottery ticket you’ve already been paid for?

Confirmation bias is normal. If you have followed a path home every day for ten years, information that says your path home is the fastest, most efficient way, is more welcome than information about a short-cut.

When you are in a tribe, or social group, you benefit from the shared knowledge of your team. And when the team’s bias is correct, you benefit, too.


But realize that confirmation bias means you will amplify groups who give bias to “shared knowledge”....


And someone who offers to impugn and shiv opponents with sabotaged used electronics, in order to "prove" that the exports were not really repairable (because the one they sabotaged wasn't), are the worst people in the tribe.

That is what a 501 c(3) NGO did to Joseph "Hurricane" Benson.  They slipped a GPS device into a lot of repairable TVs and cut a hidden cord.  Nevermind that Benson could patch the cord in two minutes with electric tape.  The very purpose of "spiking" Joseph Benson (BJ Electronics of Essex) load was to benefit SWEEEP Kuusakoski, according to Benson's friends I interviewed. SWEEP had over-built a shredder in England and wanted more "strategic materials" to run through it.

The "charity" built a false, racial profiling based image of Africa's Tech Sector, invented completely false and fictious "statisitics" about the trade.  The company they got money from abandoned 48M lbs of leaded CRT glass - diverted from buyers like Joe Benson - in a Columbus Ohio warehouse which is likely to wind up a Superfund site.

Now a charity NGO is offering, for cash, to do the same thing to other recyclers competitors.  Pay them and they will take a used computer that meets the specifications of the repair market and they will sabotage it somehow to pass as a reuse device - as BBC Panorama reporters David Reid and Raphael Rowe did to Joseph Benson, the Nigerian born TV repairman who had zero financial incentive to "externalize" waste (he got rid of bad ones for free, paid for and paid to ship the good ones).

BAN continues to find that the use of GPS trackers to expose illegal and unethical exports of electronic waste is a powerful tool and motivator. Our first commitment in this regard is to conduct such tracking within our own e-Stewards certification program. But it is our goal also to ensure that the entire industry and all standards respect human rights and the environment and comply fully with the Basel Convention and its decisions.
Responsible recycling companies can be plagued with downstream vendors that cheat on their no-export commitments. For this reason, BAN encourages all electronics recyclers to contact BAN to privately contract for our tracking services. We are ready and willing to help all recyclers and enterprise companies to audit their downstream partners.

The NGO won't hide the GPS in a junky 30 year old expensive to recycle CRT television.  While those are over 50% of the e-waste delivered to USA ewaste drop offs, mysteriously the NGO (working shockingly enough with MIT's Senseable City Lab) didn't put a single GPS tracker in any CRT television.  But, if you pay them to, they have announced they are willing to try to do to any competitor of yours what they did to poor Joe Benson.

When I asked the Executive Director why they hadn't put any GPS in any heavy ubiquitously scrapped CRT or projection television, he said that the GPS devices were expensive.  He only recommends putting them in devices that will be exported, and then tells people that the percentage that were (about 1/3 of the selected ones) is representative of e-waste as a whole.

They are hiding bad eggs in the bushels of the poor, like poison chocolates to scare us from sending children out on Halloween.  They are trying to scare our clients and our friends from selling to geeks of color.  They are selling racial profiling as a litmus test for who can repair a computer.  This must be stopped.

You heard it from me first.  Environmentalists have to stand up to our own bullyboys.  We cannot allow our science hide wolves among the sheep.  We have to call out this atrocious behavior before one of our opponents on the right does so.  And the people who should object first are the professors frum the University of Washington that sit on the Board of Directors of this "hit man" NGO, who describes my pals in the Tech Sector as "primitives" and "informal" and "ghoulish", and describes the laptops and computers they buy as "skeletal" and "toxic" and "debris".

Racism does not belong in the green movement.  Purge this idea of paid tracking.  Now.

Emmanuel Nyaletey gave an excellent 30 minute presentation to IERC 2018 in Salzburg, Austria 2 weeks ago, where he documented the growth and use and consumption of household electronics since construction of the Okosombo (Volta) dam in the early 1960s (and 4 subsequent dams have failed to keep up with demand since then - see draft presentation on google).

We are now 2 weeks into our interviews with Tech Sector repairers in Ghana, who are enthusiastic about sending decades old waste back rather than "prove" they have the skills to use, sell, or fix the "Stuff" that they buy. We have learned perhaps the most from surviving mentors (original TV repair trainers) from the 1970s and 80s, who shed light on the market for 'home used' electronics, and how it has evolved over 50 years.