Part 2: Why You Can Be For African Development, Or Against Secondhand Imports, But NOT BOTH

Almost anything mined can and should be reused before that material is mined again. 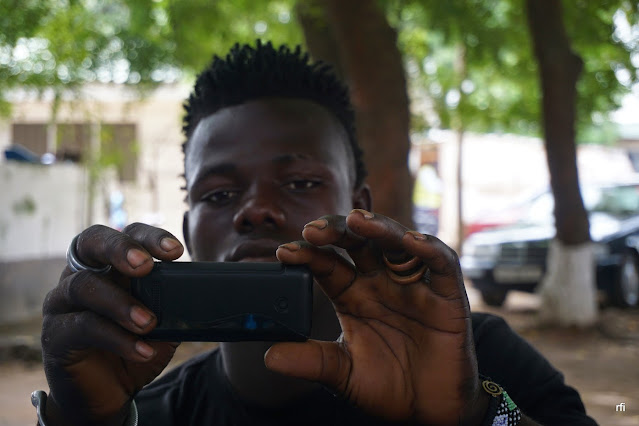 In 2013, Statistica reports one hundred and seventy thousand mobile phone towers were operating in Africa.

With 170,000 cell phone towers, Africa leapfrogged the telephone poles and landlines in a decade. Who made that possible? Africa's Tech Sector.

$17 billion dollars worth of mobile phone towers were invested in (many of them "secondhand") on the African continent between 1995 and 2012.   What does World Bank say about new cell phones sold to Africans in that period?

Twenty three years ago, a World Bank report said that secondhand equipment was necessary to establish a "critical mass of users" to make telecommunications infrastructure investable. So let's look closely at those mobile phone towers.

The 2010 Tufts University report by Jenny C. Aker and Isaac M. Mbiti was published the same year that "Project Eden" was launched by Interpol, based on the statistic published repeatedly by Basel Action Network - that 80% of the used mobile phones imported by Africans were recycled in "primitive" conditions in "remote fishing villages" like Agbogbloshie. Mobile phone subscriptions in sub-Saharan Africa increased 49% annually between 2002 and 2007... and in 2011, the Council On Foreign Relations credited the explosion in mass communications to the affordability of used mobile phones.

Part 1: Why You Can Be For African Development, Or Against Secondhand Imports, But NOT BOTH 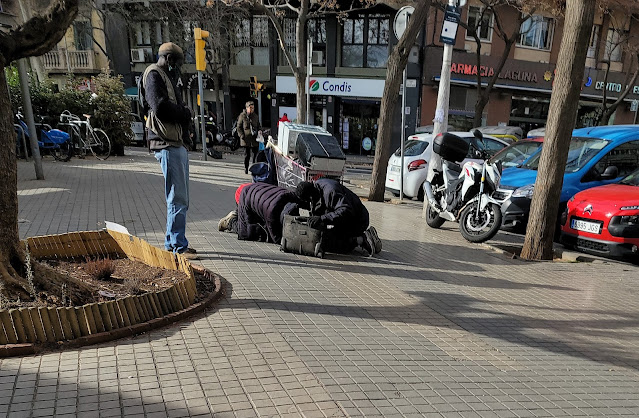 The photo above was taken this week in a city in Spain.  It shows three carters.  Carter is a legal term (see New York City statute) for the job of pushing a cart through the street to look for items discarded by businesses and residents that can be economically salvaged and should be reused, repaired, or recycled.

This photo is interesting because it humanizes the carters.  I tweeted a photo last week of a carter showing up to scavenge a waste container ten minutes after a previous carter had already sorted through it. In the photo above, two carters have idled their own carts to help a third repair the broken wheel on his own cart - which contained a computer and microwave ("e-waste").

It's also interesting because it's an opportunity to follow the cart, and see that 80% of it is sold locally to European formal sector scrap yards, by the African immigrants. The only things they keep to ship home are working and repairable devices... to countrymen who develop Africa, not dump on it.

Here's a link to one of the articles on LinkedIn, which I posted.  It has an argument ongoing in the comment and replies section which includes SWEEEP Kuusakoski referencing the BBC Reggie Yates documentary about Agbogbloshie... Kuusakowski's representative ends his scolding reply with the words "I have been to Ghana."

It was a sin to kill a mockingbird - in Harper Lee's 1960 novel, or in a 2011 blog about Indonesia... and it's a sin to kill a Canary in 2023.  In case after case, it has been about the burden of proof imposed upon an African tech sector and their family diaspora networks. 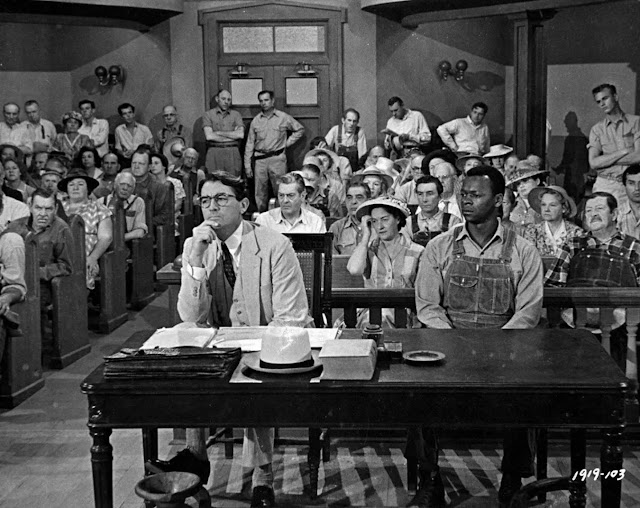 Their burden (like the accused Tom Robinson) is the white man's presumption of guilt.  Ironically, this is not the usual meaning of "White Man's Burden", but the imposition of INTERPOL and Spanish Police to "save Africans from waste" is mind bending. What "proof of reuse" (the defense Canary Island diaspora must present against "presumed waste" communicates about the scales of justice is communicated in the headline - that the Spanish arrested "criminals" rather than "accused" them.

As I wrap up the blogs for 2022, I wanted to share an alternative source of blog authorship - Artificial Intelligence.  https://chat.openai.com/chat allows you to create an account and then, like a word transcribing program on steroids, the AI generates dramatically impressive text. 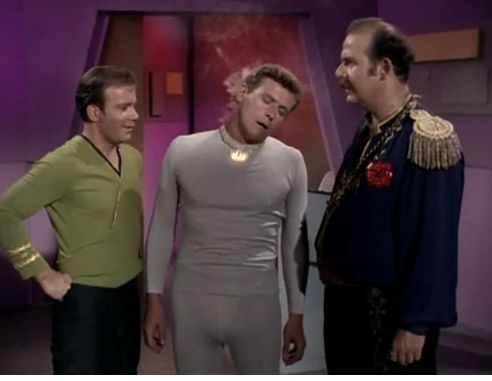 This is not truly "intelligence" in my opinion - if the information on the web is wrong, or Wikipedia is wrong, the AI will generate a well written text that's wrong. If it ran a thousand years ago, it might well tell us very convincingly that the world is flat.  You can read more about this in the December 2022 weekly edition of SLATE.
READ MORE »
Posted by Robin at 2:25 PM No comments: 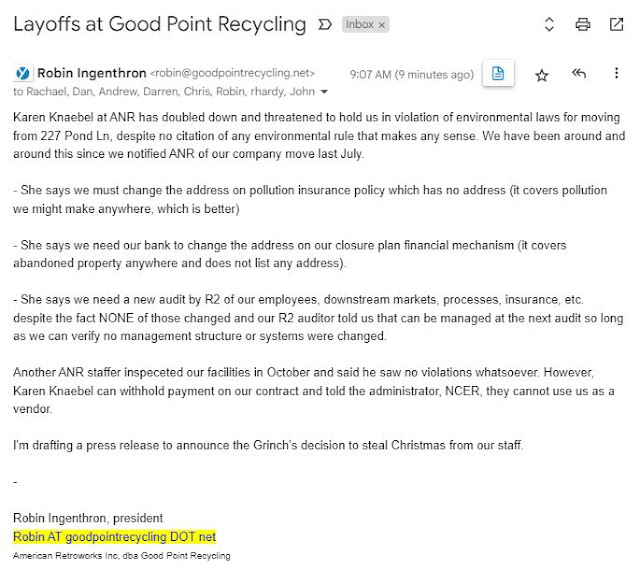 This morning I had to announce layoffs for 5-8 staff at Good Point Recycling in Middlebury Vermont. These will only affect Vermont employees, our Brockton MA facility, which does 95% of the recycling (not reuse) for our company is unaffected.  Good Point has been threatened denial of payment and threat of environmental enforcement by Vermont's Agency of Natural Resources. The "crime" is removing T-con boards for reuse, and hard drives for recycling and data security, at a change of address (down the street) which we notified ANR of 6 months ago after our landlord declined to give us an extended lease.

We informed ANR in July that we were moving the removal of TV boards, to test for reuse and resale, to a different building.  We showed that we sell approximately $50k per month to USA repair shops - individually tested and inventoried circuit boards for $30 each.  ANR said then that we had to change the address on the recycling insurance policy - which lists no address and covers pollution anywhere it's released. ANR said we must change the address on the bank financial mechanism - at a cost of $1500 - despite the fact it lists NO ADDRESS and covers recycling tonnage anywhere we might abandon it. Despite these two crystal clear evidence of incompetence or bias by the ANR staffer, the Secretary and administration has taken no action except to send another ANR staffer to inspect us in October. He said he saw zero evidence of any environmental violation under RCRA, and said that the administration of our recycling contract might be her issue (how she withholds funds).

That contract does say we must be R2 certified. We explained the move during our R2 audit and the auditor and SERI told us that so long as all the same downstreams and management systems were in place, that the change of address would be done at the anniversary of the next audit. If R2 does disqualify the same person from reusing the same TV circuit board, removed solely for the purpose of reuse, and the Vermont state statute clearly says that a device removed solely for the purpose of reuse is NOT recycling and is NOT governed by the statute, then R2 would be messed up.

None of our competitors in the ITAD and hard drive destruction business - or Vermont's own Surplus Property office - is required to have any of these insurance or certifications.  Karen explained that is because the "purpose" of the drive removal is for "data reasons" and when our staff do the exact same action, it is for "recycling" reasons. 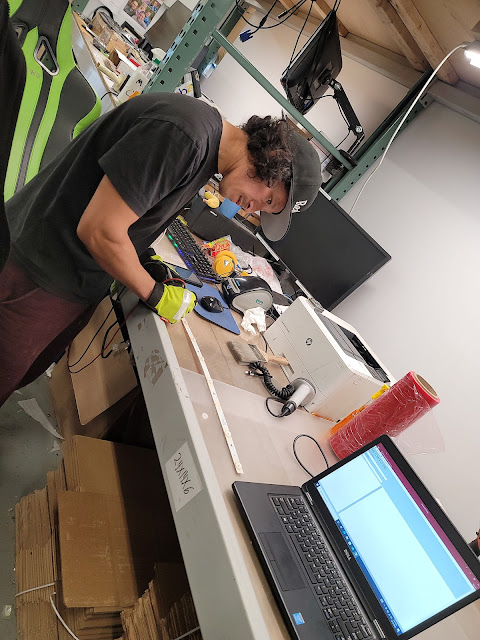 A job listing a removed working LED light strip for resale at TV repair shops in USA
I waited 6 months to do the layoffs because my history shows that Vermont ANR does not take admitting error lightly. When we enjoined them from cancelling our contract in 2013, they wrote letters to all of our OEM clients implying we were guilty of violating environmental laws (there was no such claim)... that was the last time I had to lay off 50% of Good Point's staff until ANR settled and returned the contract to us in 2014.
READ MORE »
Posted by Robin at 9:36 AM No comments: