E-Waste Tragedy 10: The Crime is a Curiosity

This week, in one of my favorite magazines, The Atlantic, we get yet another "Gaze" on Agbogbloshie to finish the year.   Yepoka Yeebo recycles the story that suggest Africans like Emmanuel Nyaletey, Miguel Artur Aziz, Hamdy Moussa, Wahab Muhammed "Project Eden" comes to Africa's rescue, putting African Joseph Benson in prison.

The Tinkerer's Blessing is not "stuff".  The Blessing IS The Tinkerers themselves.  The reuse, repair, shangzhai, ifixit, repairers made Singapore, all the Asian Tiger economies, out of reuse.  They repaired for resale, harvested parts to build around.   Why don't we see that Africa's strongest economic growth is grown by GENIUSES in the same reuse/hacker mode?

The TRAGEDY is that we are putting Tinkerers in jail, accusing them of importing junk for burning (economically impossible), drafting Guidelines around "protecting Eden".  Bullets to the head of Africa's best and brightest, shot by green do-gooders, in a perverse friendly fire. 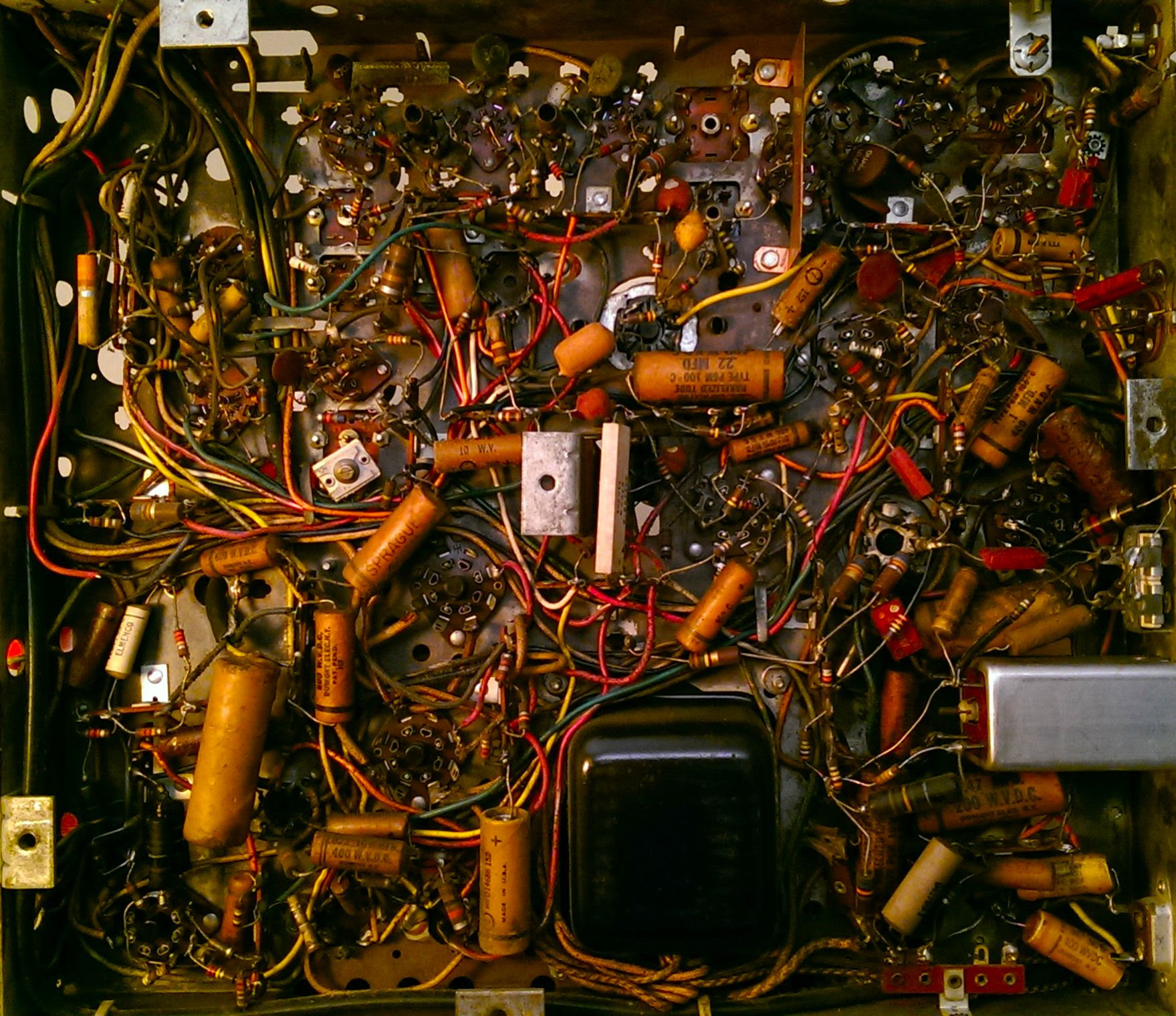 In E-Waste Tragedy 1-6, we dug into the law - or rather "guidelines" for export of used electronics which BJ Electronics was accused of violating.  I believe Joe Benson pleaded guilty (in return for a reduced sentence) because he did not know how to argue that a "Guideline" is not a law.  The Guidelines were developed under the PACE committee, which was charged with reducing the alleged 80% bad exports.   A statistic which was a lie.

A lie supported by "Soddom and Gomorrah" images, and coverage by Scientific American of a fake, fudged, hoax claim mysteriously given credence by Blacksmith Institute a year ago (December 17, 2013).  The Atlantic, ironically, just treads safe ground in Agbogbloshie.

Something had to be done, and the Guidelines were something, therefore Joe Benson had to follow the Guidelines... even though the Guidelines never claim to be law, and the viable recommendations submitted to PACE by the geeks themselves ("elective upgrade") were ignored.  The Guidelines were drafted to provide "guidance" to environmental enforcement agencies, like Chris Smith's UK Environmental Agency, not as guidance for entrepreneurs like Souleymane, Wahab, or Hamdy.  Beat cops, like Cees Van Duijin of Interpol, needed something to tell them whether a sea containerload of used CRT televisions from a hotel LCD upgrade were evidence of #wastecrime.   PACE protected USA and EU refurbishing companies, allowing them to "determine" reuse, with no say from the expert buyers.

READ MORE »
Posted by Robin at 9:33 AM No comments: Links to this post


"Something Must Be Done.

Like the blacksmiths and coal miners of old, the scrap recycling and secondary products industries touch everyone.   Every consumer, in the lowest of middle classes, discards something, and the poorer the generator, the more concerned they are with the value of the material.

So far, that's pure economics, not ethical philosopy.  But because recycling saves trees, and preserves energy and resources for future generations, recycling companies attract more than our share of do-gooders.  I am one of those people who entered this field out of a desire that future generations would consider I made my best effort to be environmentally sustainable.

Little did this recycler realize what a social ethical economic puzzle it would turn out.

The ethical scrapper and agent of conscience looks at social and environmental policy.  He finds and magnifies a crack in the morality play, using the commerce in used electronics as a lens.

For 2015, here's the debut of "Guilt-Staining".   It is the polar opposite to "greenwashing":  when big corporations shout their environmentally contributions (using advertising budgets) to create green impressions. out of all proportion to their net environmental effects.  Guilt-staining is the allegation of "dirty little secrets".   It leverages already-activated "agents of conscience" (a term coined in high school) into anger, and threatens to take something ACTUALLY green, and stain it with guilt.

Like all recyclers, the ethical scrapper already does much for the world by saving energy, carbon, and finite resources... by reducing the toxic mining of rain forests and coral reef islands.

All recyclers do that, at all levels of a company.  An entire company contributes as a team to win one for the environment.   People running the payroll, or maintaining the fork trucks, or filling the balers all earn a moral share of diverting the burdens of man's consumption of finite resources on the planet.  The recyclers are a team of village blacksmiths, or blackleg miners, working far harder than any regulator or average consumer, in dirtier and more hazardous conditions.   We do much just by being focused on our jobs, collecting material, and recycling it.  Politics would seem to add as much value to recyclers as it adds to mining, agriculture, or laundry, or radio repair.


"Something attempted, something done, has earned a night's repose".

READ MORE »
Posted by Robin at 10:27 AM No comments: Links to this post

The Tragedy of Agbogbloshie, the scrap neighborhood of Accra, Ghana, has been a "scene of the crime" which Joe Benson is in prison for.  Among the most credible sources for Benson's crime suspicions came a year ago this month, via Scientific American.  Ghana is not more polluted than any other emerging urban city.   So why, in 2014, is Ghana the  butt of the Scientific American headline?


Is this the truth?  Is this metal scrapyard in Accra, Ghana, among, close to, remotely, being one of the ten most polluted sites on earth?   Scientific American is important and credible, as is the original source - Blacksmith Institute.

No.  Accra's scrapyard doesn't compare to Chernobyl or mining hotspots like Kabwe or OK Tedi.  It's not pretty, but it is pretty similar to dozens of other auto scrapyards in Guangzhou, Mumbai, Detroit, Jakarta, Rio, etc.

How did the headline above place Accra's automobile, white goods, and electronics scrapyard - and only their scrapyard - on a list with Chernobyl, Ukraine, Kabwe, Zambia, and other mining, smelting, nuclear and petroleum disasters?

In this blog, I'll show you where the research by Blacksmith Institute, behind this headline, was accurate and plentiful.   Unfortunately, one tragic citation led to false arrests, collateral damage, and potentially tarnished the brand of a really fine organization.  As Dr. Josh Lepawsky has described in "Mapping E-waste as a Controversy:  From Statements to Debates II", there has been a pollution of non-peer-reviewed "data" in the discussion of export policy.  It will lead to the end of "top ten" lists from Blacksmith Institute.

Definition of PRIMUM NON NOCERE:  the first thing (is) to do no harm


READ MORE »
Posted by Robin at 6:59 PM No comments: Links to this post

E-Waste Tragedy 7: Logical Fallacy ("Something Must Be Done")


Staying on subject.  What lessons can the Environmental Activist Community learn from the "E-Waste Tragedy?"  Does Joseph "Hurricane" Benson belong in prison?  If not, how the heck did he get there, and how do we keep from making the same kind of mistake again? 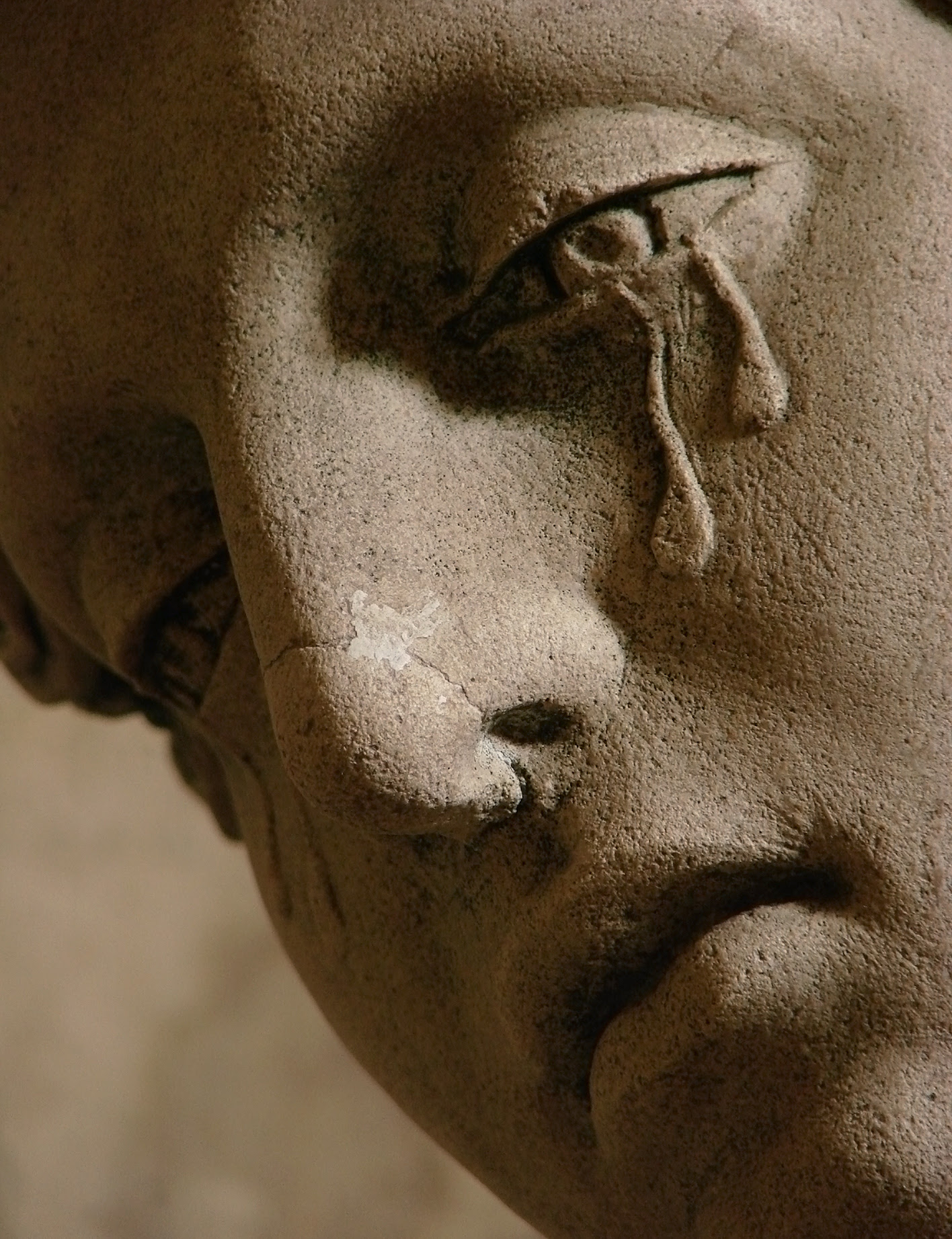 Turns out, the ancient Greeks had this nailed many centuries ago.

In Orlando, at the E-Scrap 2014 Conference, I actually had a chance to speak to several people on all sides of the "Guidelines" issue.   Most, including Jim Puckett, said of course Joe Benson does not belong in prison.

The person from StEP (Jaco) mostly defended the prison sentence for Benson.  Jaco acknowledged the probability that 91% of Benson's sold good were actually reused, and acknowledged that most of the stuff filmed at the dump was "Post-Reuse", and generated by Ghanaians.   Nevertheless Jaco made the case that "rules are rules".   If the Guidelines "suggest proof of full functionality", that Benson should have known the consequences of his export activity, even if those Guidelines were based on eroneous (BAN.org) claims.  Even if Benson knew they were being reused, and new he was bringing rejects back for free recycling in the UK, prison was warranted.

(Did you notice the term "Guidelines suggest proof is needed"? How about proving the suggestion is warranted?)

Throughout these conversations, we observe the "Appeal to Desperation".

SOMETHING MUST BE DONE.

X (GUIDELINE) IS SOMETHING.

THEREFORE, X MUST BE DONE.


This logical "appeal to desperation" has also been labeled the Politician's Fallacy, and often results in prohibitions, war on drugs, 10 foot fences to foil 9 foot ladders, and many "industry self regulation" standards.  There is a lot of money in providing "Something".

Having studied this for a couple of decades, I'm basically hardening in my position.   Even Mr. Puckett actually offered to sign the petition, and said of course Benson should be released.

READ MORE »
Posted by Robin at 8:38 AM No comments: Links to this post