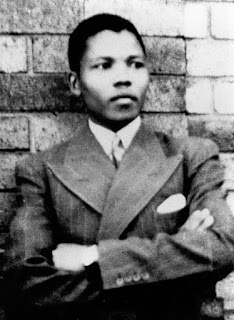 Committed Environmentalists generally prefer as friends the people who care deeply about extinction, sustainability, and the environment, strongly over those that don't care.

If you are truly passionate, however, you must also strive to think critically and deeper than slogans and groupthink.

If thinking critically is equated to 'criticism', social popularity takes a hit.

I often hear the argument that a popular message is important to momentum, which is valuable to policy change. However, if popularity is measured with a small smug group and not broad swath of humanity, it quickly sours into useless moral licensing and posed indignation.

The worst possible outcome is a poorly tested 'cure' which has negative environmental outcomes, increases costs on others, and which dissuades a democracy from making other regulations and changes. Many voters have a justifiable resistance to entrusting Authority To The Smug. 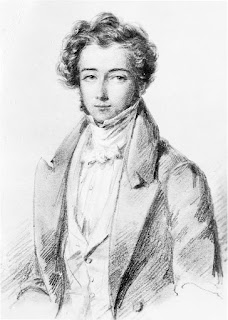 Since I often have to hunt this down, here is copied the best Defense against accusations of "Planned Obsolescence". Alexis de Tocqueville's Democracy In America, Volume 2, Chapter 8.

Note that it has nothing at all to do with piracy, counterfeit, gray market.

When a company correctly estimates that too much 'value', too much repairability, is being given to the market, and 'downsizes quality', that may actually be good for the environment.

"You cannot believe how many facts flow naturally from this philosophical theory that man is indefinitely perfectible,d and the prodigious influence [762] that it exercises on even those who, occupied only with acting and not with thinking, seem to conform their actions to it without knowing it.


Just ran across this photo from 15 years ago (just before we bought the Nissan forklift), at the warehouse across from Agway on Exchange St. The monitors were selling for $7 apiece back then.  Pretty much all we did was to do pickups, pull out the PCs and CRT monitors we could reuse, and load everything mixed back onto a trailer.

5 years earlier, I had announced my resignation at Massachusetts DEP to follow my wife to Middlebury, Vermont, where I'd taken a job running a thrift store while doing consulting work for EPA, MA DEP, New Deal Software, etc.

It was 20 years ago that I took a big chance and left my corner office at One Winter Street in Boston, having successfully instituted the USA's first waste disposal ban on CRT devices in Massachusetts. The consulting work I did for MA DEP and EPA was published in September 2000, about a year after I turned it in. Titled Electronics Re-Use and Recycling Infrastructure Development in Massachusetts, it eventually became the business plan for Good Point Recycling. 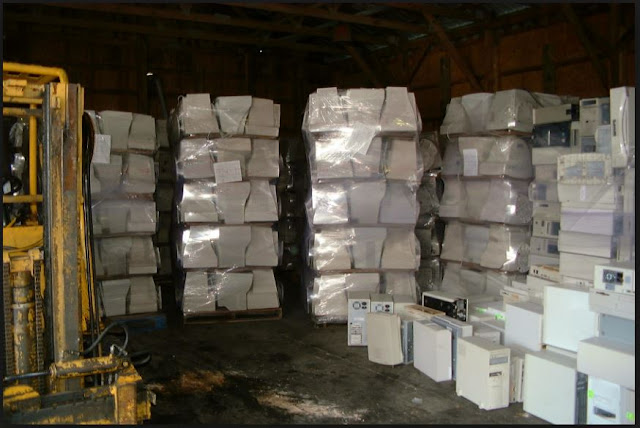