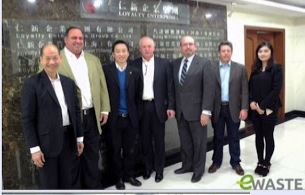 Update on the progress of the CLRR lawsuit, where a 5-year landlord is suing people who shipped CRT tubes to the tenant in 2012 (there is a mess still there in 2019).

- The OEMs who backed CLRR are not named.
- The landlords who expanded CLRR 3-fold (3 warehouses) are suing recyclers who ceased shipments at first warehouse.
- Ohio EPA is pursuing tonnage, which means companies who abandoned CLRR before Ohio EPA greenlighted them are being sought for amends.

Weeks ago, we blogged about the Landlord's case against all recyclers, whom the landlord claims participated and profited from a "sham" recycler.  The landlord expects the judge to accept that anyone who shipped a tube there on Day 1 knew it was a sham, but the landlord did not, as they proceeded to extend leases and offer 2 additional buildings, years after some of us pulled the plug.

As an informal consultant to an OEM representative who vouched for CLRR, I have a treasure trove of information on the project between.

My associates provided a viable downstream outlet for the CRT glass CLRR was able to process (at least, until the trommel broke in 2015), as an industrial mineral useful to primary and secondary metal smelters. In 2016, E-Scrap News published my article on the useful nature of CRT glass sized and graded with trommels. That was the backup plan for CLRR, not the $15M furnace.  When 2014 ended, CLRR had not shipped enough loads of processed furnace ready cullet, and the speculative accumulation had begun.

What could CLRR do, and when could they no longer do it?

“The Circular Economy Doesn’t Revolve Around Us”

The environmental WEEE policies supported by the UK mean well. They mean fabulously well. When I met Lord Chris Smith at a public meeting to launch INTERPOL’s “Project Eden”, I could see the passion towards ending what was thought to be the scourge of the planet - E-Waste exports.

The UK had made the export (except for “fully functional”) used electronics a crime.  African, Asian and Latin American tech sector importers were labelled “waste tourists”. The House of Commons reported in 2012 that the exported secondhand computers represented a “strategic mineral” interest, and that whether or not they were reused (the HOC report did, to its credit, cast doubt on the “80% waste” statistic proclaimed by Lord Chris Smith), that the UK’s industrial sector needed the metals to remain in the UK’s “circular economy”. 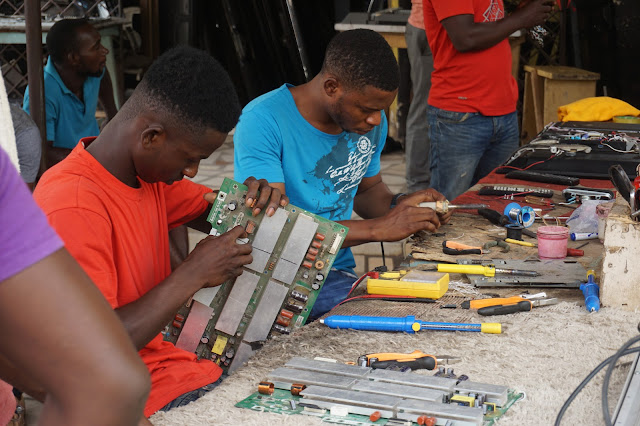