Last weekend, we had a reflection on the previous decades of blogging, and our ability to declare successes and failures with the war against global reuse, as waged in the press.  There is a trifecta of 3 books - two of which the blog influenced, and one of which it was inspired by.

Three Most Important Re-Use Books of the Decade:

Reassembling Rubbish by Dr. Josh Lepawsky does an incredible job of surgically dismantling arguments widely cast by Basel Action Network and Greenpeace and other "do-gooders". He researched their IRS 990s, exposed the financial backing of Planned Obsolescence and Big Shred, and provides data to eyewitness the spray of filthy gossip about repairpeople in Asia, Africa and Latin America. While not an emotional read, that was not what we needed. If stoic in delivery, Lepawsky rubbed shoulders with #ownvoices. His team spent weeks living with emerging market recyclers and repairers, including several long visits to Las Chicas Bravas in Sonora Mexico (Retroworks de Mexico). Lepawsky re-thinks the incredible geographic scars of mining industry, comparing risks to the hand-wringing concerns over removing screws in slums like Agbogbloshie. It is incredibly well documented, footnoted, and sourced.

Secondhand by Adam Minter is about "Travels in the New Global Garage Sale". For a more visceral look at the "collateral damage"to the global good-enough markets, this is the best.  Adam turns the corner from being an extremely well-regarded trade journal writer, covering the scrap industry (first book, Junkyard Planet 2013), and dives into the mosh pit of reuse diaspora in Secondhand. Cleverly written, he first makes the used possessions personal - estate sale by estate sale, Goodwill by Goodwill, and his own grandmothers' basement chachkas. He then follows the billion dollar trade to the tech sector in India, China, Mexico, Benin and Ghana, and introduces us, face to face, with the talented and inspiring "others", letting the people in the USA, Europe and Japan hear the #OwnVoices of the racially profiled "primitives" we've been told are too ignorant and stupid to do more than burn the devices they carefully select, test, and purchase. He is a great listener.

Remanufacturing In the Circular Economy is the newest release by Dr. Nabil Nasr of RIT in Golisano Institute for Sustainability (Rochester, NY).  Unlike Lepawsky and Minter's books, I cannot say I've yet read Nasr's Remanufacturing, but I'm ordering a copy now.  I have been a fan of Dr. Nasr for decades (though he probably barely knew me until the 2013 Fair Trade Recycling Summit in Middlebury). Some of the oldest Good Point Ideas blogs have hyperlinks to Dr. Nasr's stats on remanufacturing, the industrialized growth of scaleable repair (I remember having to learn "hyperlink" code, copy and pasting). As I applied principles in the 2007 Harvard Business Review article "The Battle for China's Good Enough Market" to explain what Asia's tech sector was really doing with the desktop SVGA CRT monitors that CBS 60 Minutes claimed were burned in acid in Guiyu, I could always find sanity in Dr. Nasr's data.  Like Lepawsky, Nasr provides Datajournalists a place to fact-check "80%" of the slop sprayed at us in alarmist NGO press releases.

The team provides Super Bowl stature in the defense of reuse. The table is set for Fareed Zakaria (CNN Global Public Square) to invite these 3 authors and deliver the dagger to racial profiling.  He may want to invite Dr. Grace Akese, who has just recently moved to take a position at Bayreuth University in Germany. Grace provided key insights to Reassembling Rubbish, in particular an "OwnVoices" fact check of characatured Agbogbloshie. Good luck, Grace, in turning Germany's (Kevin McElvaney's) "mirror on itself" back in the right direction. Emmanuel Nyaltey of Fair Trade Recycling would also be a good score. This morning I twitterwarned Fareed (a personal hero from "Foreign Affairs" editor days) that I'd be sending him snail mail to pitch the episode.

The #FreeJoeBenson case made in 2018 Spain Documentary "Blame Game" is now on both Amazon and Youtube... Director Juan Solera is ready to give his takeaway. At the sunset of the decade, integrity has a fighting chance.

Where now? Hopefully, journalists will do some datajournalism, and rely less on interviews with people (like Awal, below) who explain that Sony is made in France, and 1980s Sony in the city dump arrived days earlier by sea container.


In a peer reviewed journal, if you are citing an interview with a primary school drop out burning wires at the city dump, as your source that Sony is made in France... you might already be a laughingstock. Awa; told us he has never seen a single sea container arrive at Agbogbloshie (nor multiple other interviewed scrappers, none had seen a single one, much less "400 per day" necessary to support dumping tonnage estimates, or the "500 per month" estimated by Mike "Fishing as a Boy" Anane). We don't need Vermont bloggers to blow the whistle on France24... increasingly, you will see it in the comments section of youtube, from African "ownvoices". Try math. The TV above weighs 40kg. How many would you have to count at Agbogbloshie each day to support the claims repeated ad nauseum on CNN, BBC, CBS, PBS, Al Jazeera, France24, or the German documentary mills? If Agbo was the largest e-waste dump on earth, then Middlebury, Vermont, passed it years ago... And Marshall Arkansas is not far behind. (The number of TVs we saw arrive was in the low dozens, generally on push carts).

The point is that major authors have now considered the thesis on "ewaste dumping" considered reportable by journalists, and reporters don't need a blogger as a background source any longer. The relief we sought against the tired and untrue depictions of my colorful geek friends as burning-tire-waving slum pirates is now in hand.  I can at this point do little more by writing about it than just pointing Environmental Scholars to the peer-reviewed great books above.

Is the blog obsolete?

We have established that global trade in reuse and repair created the critical mass of users which made cell phone towers, internet cables, TV stations and satellites investible for the global south. We have established (particularly with Lepawsky's help) the Earthworks.org reality that the worst photo of recycling is better than the impact of the best and most modern metal mining operation. We did so while tipping the hat to the retired generation of Dr. Lester Brown (State of the World series) and Dr. Graham Mytton (BBC), their work creating a sustainable basis for Africans, Asians and Latinx countries to achieve 20th century living standards without scarring the planet the way we did when we first dug up the ground and coral islands to manufacture goods a first time. 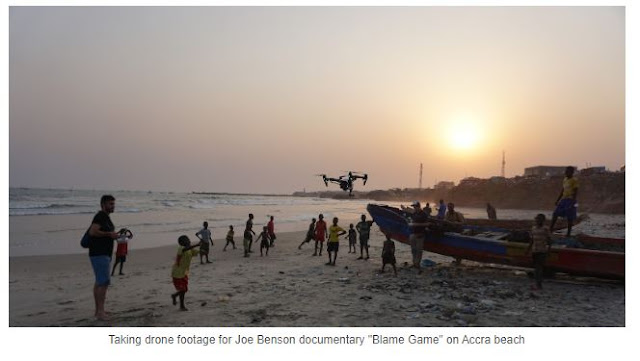 But there's a bigger war ahead. The view has to be not only from 50,000 feet, it has to do with the future.

#PLANNEDOBSOLETESCIENCE: Engineering of software and copyrights to deliver disadvantages to reuse, repair or resale in secondary markets.
Coined here and now. You're welcome.

For the next decade, I have to draw writers, authors and journalists attention to the anti-reuse war being waged on the Digital Front.  It's not something I'm an expert in. I can barely explain blockchain, and oversimplify End User Licensing Agreements. EFF.org, like Dr. Nasr, is ahead of me in this regard (but like Nasr may miss opportunities identifying the right heroes on the battlefield).

Here's a preview of what's ahead.


Everything we witnessed in Fuji vs Jazz Camera, Lexmark vs. Arizona Ink Cartridge Refurbishers, and Jim Puckett's outright lies to Scott Pelley about where the SVGA computer monitors circled by Hong Kong Helicopter were headed* is tiddlywinks next to the game of chess ahead for product ownership. 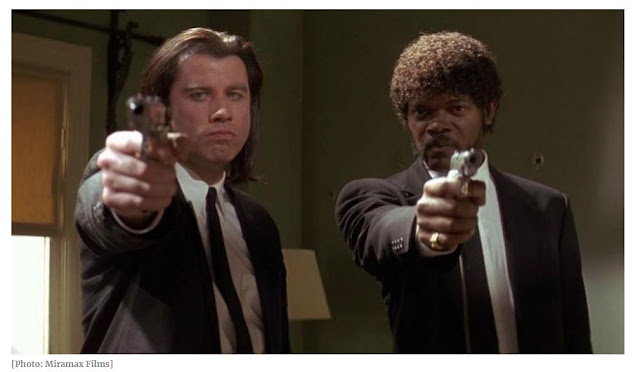