A Modest Proposal: Ban Sale of New Electronics to Rich Nations, To Save the Planet


This is a little delicate, as I'm poking a little fun at a big East Coast University group that was kind
enough to let me in to their discussions about whether the University Surplus Property Office should be selling its used refrigerators to Haiti and Nigeria.

Of course, the investigators acknowledge, the fridges help the poor, are affordable, and will definitely be reused.  But, they ask, what will happen to Ozone depleting freon when the fridges reach the end of life in Haiti or Nigeria?  Will the University be responsible for injuring the planet? Is there less liability if the University hires a certified USA recycler to remove the freon safely?

It's very similar to Europe's "Circular Economy" thesis 5-10 years ago, when organizations like the UK House of Commons Select Environmental Committee reported on "Strategically Important Metals" which were being lost to English industry when used electronics were sold for reuse to Africa. That's right, metals mined by Africans in Africa, and exported to make appliances for Europeans, might wind up back in the hands of Africans....

Like the UK investigators, my pals at the University mean well. They mean incredibly well. And to his credit, the organizer of the study heeded my main advice, which was do not have the discussion without involving the Nigerians and Haitians. Don't recreate the cringeworthy "Project Eden" or "PACE Inititiaves" via white people arguing with each other how to best protect Africans from their own Tech Sector.  He's looking here for #ownvoices, and I give him credit for trying.

Today, I got the email kicking off the questions the august researcher has for the others.


Hi XXXX! Thank you for your help in connecting us with contacts in Haiti and Nigeria who can find out what happens to the refrigerants in cooling appliances after the devices are scrapped. Each year, [UNIVERSITY RECYCLING] receives donations several hundred surplus refrigerators, freezers, air conditioners and other cooling appliances (CA’s) from the kitchens, labs and offices of our campus. Visitors to our Surplus Distribution program come and pick up the devices and then export them to your native countries and elsewhere. I am happy that people are able to use the appliances.

My question is, at the end of the appliances’ useful life, do the refrigerant fluids (Freon, R-22 etc.) get recovered for reuse or safe disposal, or are they vented into the atmosphere? In the US, well-enforced regulations require that heating, ventilation and air conditioning (HVAC) technicians capture refrigerants from discarded CA’s. You have both told me that there are no enforced regulations about this in your countries.

Refrigerants once released are extremely destructive to the environment. Though they are not directly toxic to people, the refrigerants damage the ozone layer of the atmosphere, and they are a powerful greenhouse gas. Paul Hawken in “Drawdown” describes proper recovery of refrigerants as the single best opportunity we have to reduce greenhouse gas.

The first step in this project for which I need your help is to find out what is happening to cooling appliances in your native countries. I hope to have a better survey for your contacts in the next couple of weeks, but here are the basics of what I want to find out:

I’m sure I will have more questions later. There is a UNIVERSITY Engineering Course, Engineering Problem Solving and Design Project (XX), which may use this topic as the basis for a team of students to study this spring. I will keep you both posted with this project.

Thanks again for your help! 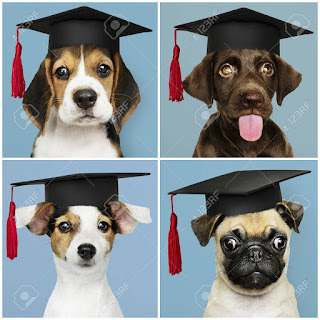 
I gave our pal a Modest Proposal in my reply, backed up by fairly solid logic. We had previously spoken several times about the real environmental cost being embodied in the mining and manufacture of the refrigerators, not in the disposal. Therefore, the longer they are used, the more that environmental damage is depreciated in useful life.  But this time, I figured I'd address Freon directly.  I simplified it by referring just to Haitians, but the same principle applies in Nigeria.

I'd also pointed out that the "Ozone Hole" he's concerned about is actually smaller today than ever measured, perhaps thanks to societies which increase environmental standards once their standard of living has increased and they can afford things like freon recovery operations. But lights, internet, and cooling appliances tend to come first, at least that's the way we did it in America, Europe, Japan, etc.

Should Nigerians and Haitians buy used refrigerators, new ones, or simply do without?

Below is my response:


Thanks for including me....


You might recall that I had suggested that the study compare a) brand NEW refrigerators, and b) used UNIVERSITY refrigerators and ask Haitians and Nigerians how long each would last.


Hypothetically, suppose UNIVERSITY uses fridges for 10 years (10 year old fridges), and the appliances lifespan in Haiti or Nigeria is another 10 years.  Say for argument's sake, that a brand new fridge will also last 20 years in Haiti.

UNIVERSITY's used fridges, when exported, would give up their freon 10 years earlier than the brand new.  But after 20 years, the new fridges would also give up the freon ghost.  Then on and for eternity, the freon release would be the same, just coming from new fridges. Ending the UNIVERSITY reuse sale program in perpetuity would reduce freon release for only 10 years.


That is unless, for the benefit the environment, Haitians buy far fewer fridges as they cannot afford to buy brand new ones.  If only half of Haitians obtain fridges, less freon will be released.


But here's a modest proposal...

Haitians and Nigerians are using the fridges twice as long, maintaining and repairing them, twice as long as [UNIVERSITY] does.  It's the same math with cars and computers. In countries with high repair intelligence and long device maintenance, a far greater number of people benefit over a far larger number of years than in wealthy nations with strong repair.

For the good of the environment, therefore, the best / most efficient and Modest Proposal is for poor people to be allowed to own the devices, and deny Manufacturers the right to sell new ones to rich people.

This case for banning sale of fridges to rich countries is only readdressed if the rich people can sell their devices secondhand to the poor people, allowing the device to be used, without releasing freon, the same 20 years.

This was sent tongue in cheek to my friend, and I didn't cc the committee. I would also suggest that the right approach is a project with a group such as @WasteAid (which has a kinship with my nonprofit @fairtraderecycling) to get freon recovery established Nigeria and in Haiti.

The point is that the "solution" proposed by the university is only good for 10 years, then would require ongoing destruction and not sale of the used fridges in perpetuity to keep that 10 years savings. And the actual most likely savings will only come about if Africans and Haitians just do without any refrigerators at all. #ProjectEden much?

On a more serious note, Nigerians can and do buy brand new refrigerators {Jumia}. When they do so instead of buying imported 'home-used', they weigh the same things we weigh when we decide to upgrade or buy something. Will I have enough left over to buy textbooks? Will we have enough money for bus fare? Should we instead spend the extra money on an electric stove, to reduce the use of wood charcoal, responsible for deforestation and habitat loss and climate change? Will we afford vaccines for out children?

The weight of the UNIVERSITY'S clean conscience over freon management is only leveraged by its proximity to the UNIVERSITY. Across the sea, peoples consciences focus over the health and welfare of their children, and revolve around things like refrigerated vaccines, which are disposed of when they get warm for too long.

In the next blog, I'll share my ideas on a Ewaste Offset campaign, and another new plan, to finance this work. Hint: Instead of paying USA Recyclers to destroy the University's working cooling appliances, take the money saved plus earned from sale, donate it to @WasteAid or @FairTradeRecycling, to pay for freon recovery operations in Nigeria and Haiti? That money would not only offset the University's freon release ten years from now, but would capture freon from thousands and thousands of other fridges, new or used, in those countries. Boycotts are usually dumb, and knee-jerk boycotts often do far more harm than good.