When we incorporated the World Reuse, Repair and Recycling Association (WR3A.org) in 2006, we had visions of managing all the good material from all the good companies, and using the cooperative tonnage to supply good tonnage, below cost, to flush out the sleazy exporters, who we found the export market doesn't really like very well to begin with.  We got great response to the "Fair Trade" concept, from EPA, BAN Pledge companies, companies who were rethinking their shredder purchases,  and especially from buyers overseas.

After 3 years of attempting to broker display devices, I can report what has worked and what has failed. 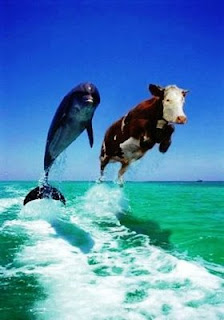 Fair Trade Recycling as a message has been enormously successful - primarily overseas, and among people who know the markets overseas.  The choices of "all or nothing" are still stupid and anti-productive.  We have members who don't trade through us at all, but want to support Fair Trade.

WR3A does speed the process.   Established members take risks on new buyers, and once we've visited, they've visited, we've audited each other, etc., we can move on and shift another vendor's material to the market we are confident in, and move on to develop a new market.  I can use my own loads as "blind shipments" so that we know what's likely the truth in the event of an argument. Buyers and sellers both appreciate getting away from the "fly and buy" inspection process, inspecting every load, and pooling auditing resources.  It's not perfect, but I've found it enormously rewarding.

However, the orginal vision for WR3A as a massive coop was just too difficult, given the fluctuations of CRT values.   Members were "jumping in and out" of purchase orders, shipping through WR3A when prices were down, cutting WR3A buyers off when prices were up.   Not evil, but the outcome was that I became more of an agent for the buyers than a representative of the sellers.


There were several cases when an overseas factory had tremendous potential, but we didn't have a fit between supplies and demand.  Three factories I visited had credentials as original equipment manufacturers for huge OEMs.  One had glass-to-glass recycling of bad units, an import permit, and ISO14001 and 9000... but they needed 100,000 CRTs per month.  WR3A wanted them to stop buying from exporters who our members thought were shipping TAR.   The factory said they needed 100k units.   If we supplied them, they'd rely on  WR3A.  But if WR3A only had 50k and were selling 35k of those to a different factory, they didn't have time for it.

There is also the adage, "don't be a crane among the chickens".   Some factories do good work but don't want any publicity.

As the market shrinks, WR3A finds it easier and easier to meet entire factory purchase orders.  Unfortunately, at the same time, WR3A lost suppliers.  The most common reason cited when a supplier adapts "no intact unit" policies is that they are afraid of being accused as an exporter.  The second is that they prefer private, quiet transactions, and don't see the value of a high profile relationship with WR3A.  Then there are some who are shocked and embarrassed to see their reconciliation reports... they thought their staff was testing everything, but have never seen an actual report back from the buyer.

The most common reason people try to join WR3A is that they already export whatever they want, and they like the message "Exports Good!"  Which isn't exactly what we are looking for.


So why join WR3A?
In a future post, we'll go behind the scenes, and document both SSFFs*