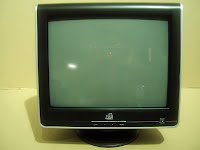 Many of the people in the USA electronics recycling policy world think that CRT demand is in decline.  Actually, CRT demand, in absolute terms, is relatively constant.  While market share for CRTs is definitely shrinking, and while competing supply of used CRTs from places like Hong Kong and Korea is growing, the number of purchases of CRTs is relatively constant.   Millions of people are buying them.  CRTs have a declining share of a ballooning demand, and that means that they still have value.  Moreover, the total supply of used cathode ray tubes is finite, and forecast for the production of new CRTs is limited.  In other words, supply of new CRTs will diminish as demand continues to balloon.

LCDs have a higher failure rate than CRTs, which means that part of the growth of LCD sales is replacing the LCD's themselves.  LCDs outpaced CRTs in computer display production in 2003, but only passed CRTs overall (for TVs) in 2008.  In a technical brief comparing all displays across 18 different measures, this study ranked CRTs as the second best of 7 video display technologies.  Second best gets replaced by rich people, but if we define "replaced second best" technology as "waste" before it is even tested, we have made a grave economic and environmental error which sounds like "the perfect is the enemy of the good." 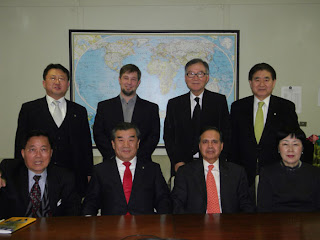 WR3A's request from the United Nations for 500,000 working CRTs to hook up schools in the developing world is a case in point.  The CRTs tend to last much longer and are more durable than LCDs, and are less susceptible to theft.  Critics of WR3A have asked "what will happen to the CRTs when they eventually fail?"  But there is no answer to that for brand new CRTs, or for LCDs, or any technology, and no developed nation has had a recycling system in place before the product was sold. The sooner Africa is hooked up to the internet, the sooner it will develop its recycling infrastructure.

Imagine someone wanting to deny malaria medicine until every bottle has been tested... sure, we want the best malaria medicine possible, but we don't want people to die of malaria while they wait.  We would sample the bottles and find out what the probability from sampling.  Then we would ask, "Is the medicine 80% bad or 20% bad?  And just how bad IS the bad malaria medicine?"

Americans are breaking CRTs which we predict will increase in value.  CRT furnaces require a major re-investment and re-tooling about every 5 years. When it comes time to put in a multi-million dollar five year retooling of the virgin CRT glass furnaces, the manufacturers will put that investment into LCDs and displays with a faster the growing margin.


The CRT furnaces will be closing while demand for CRTs stays constant.  From the viewpoint of commerce, that would mean we should store computer monitors, not destroy them.  The USA has a billion of dollars worth of CRTs which have long lives (20-25 years depending on hours on the cathode ray gun), so it's a mistake to mandate or subsidize their destruction. 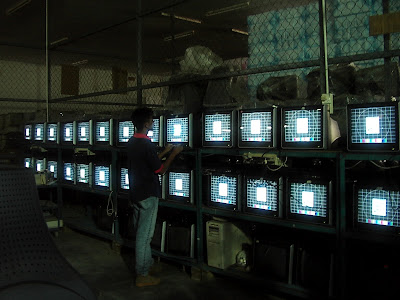 By breaking our untested CRTs the United States recyclers are burning ten dollar bills.  And we are depriving someone who can only afford a $10 display unit access to the internet.  Most of the TVs should probably be recycled, as the average age is much higher, but less than  half of the commercial CRT computer monitors are bad.  And if CRTs are really going to decline faster than we think, then which is a better use of resources - refurbishing an old CRT for 5-10 more years of use, or melting it to mold a brand new CRT with a 25 year life?  No one is forecasting demand 20 years from now.

Whose legacy is this?  The commercial office building generators can be forgiven for not knowing that export for repair and reuse is legal under Basel Convention, and for requesting "no export of intact units".  It takes a courageous recycler to try to talk them out of it, and Good Point Recycling offers "no intact unit" recycling where the client insists on it.

The blame rests with the "environmental watchdog".   This fatwah against reuse started with BAN.org.  BAN had film of the CRT refurbishing factory in China, and yet led CBS 60 Minutes to believe the monitors were going to Guiyu.  They knew full well the CRT monitors in Hong Kong do not go to Guiyu.  Every time a working unit is broken, a college student in the developing world loses access to the internet, and a techie refurbisher loses access to a sustainable, well paying job. 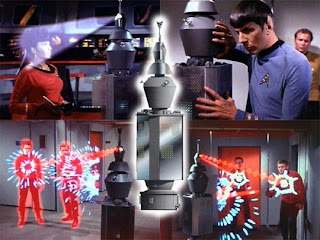 Read the "Hall of Shame" at BAN.  United Nations Conference on Trade and Development?? On their list of bad guys? They join other evil-doers on the list, like "America" and "Canada".  The BAN enemies list makes Richard Nixon look like Oprah Winfrey.   BAN looks to me like the "NOMAD" of environmental organizations (Star Trek episode "The Changeling", a robot whose logic is to destroy "imperfect" beings in order to make the universe "more perfect").   The "no intact unit" is a NOMAD attack on repair and refurbishing.  Every company which WR3A has approached and which refused our UN purchase order has cited BAN as source of their "No CRT Export" policy.  The most dangerous of environmental zealots tell themselves they mislead, as BAN literally did to 60 Minutes, in order to help people.

The BAN organization has had enormous success in increasing responsibility in exports, and WR3A.org would never have been formed to create "fair trade" standards without them.   But BAN is now 5 years late in issuing a statement that repair and refurbishing is, after all, explicitly legal in the Basel Convention.  They are late coming clean that while they had good intentions promoting "tested working" and "fully functional" standards, that the effect has not been more testing but more shredding and destruction, and there is no clearer case than in their own home town of Seattle.

Confronted with the level of video display destruction carried out in their name, they have yet to display the moral courage to release CRT monitors to refurbishing factories.   Their ideal is that the CRTs will be refurbished in the USA, or that the UN will get them directly from USA providers instead of from talented technicians in the developing nation themselves.  One of my favorite things about the WR3A approach is that a techie like the one in the Recycling to Africa video, a Congolese or Egyptian or Senegalese technician, could be the one who sets up the school, and who shows the kids that not all development comes from the great white man in a helicopter.

This blog is about a wasted opportunity for compromise.  BAN and ETB walked out of the EPA R2 Statekholder group and formed their own "Ewaste Certification" program, one which requires "tested working" and "fully functional" and has anything removed which might be voluntarily replaced and upgraded by an original equipment manufacturer in a non-OECD country.  Instead of accepting the "must be legal" compromise in R2 mediated through John Lingelbach (where if they were right that Basel Convention said "tested working", that they should be happy with R2's "must be legal" clause) they walked out, sacrificing any leverage they may have had on other issues up for compromise (such as prison labor). 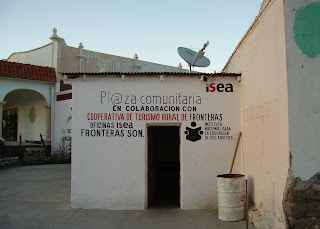 They quit R2 because they knew it was legal, and that the "must be legal" would not result in starving the contract refurbishing factories.   They quit over the legal export for repair and refurbishment, and set up their own divisive standard, and are now pulling down NRDC, Joe Kennedy, Josh Mailman and other agents of conscience with them.  They have critically damaged the momentum of fair trade operations such as Retroworks de Mexico and devastated efforts to establish fair trade agreement with contract manufacturing companies, like those in Indonesia and Malaysia, which are in actuality "Manufacturer Takeback" programs - you know, the thing they promote as the solution?  Manufacturer takeback means that if the manufacturer is located in Indonesia, Singapore, Malaysia or China, that is where "back" is.

Simple research into the CRT demand clearly does not lead to Guiyu, or to a conclusion of "no export of intact units."  The dollars in the export business are generated by the added value of the useable CRT, not by the 'avoided costs' cited by protesters.

racI did not start this blog with the intention of elevating a "pissing match" with BAN.   But the destruction of working and repairable CRT displays (and Pentium 3 and 4 computers as well) is costing Americans limited environmental resources, and costing developing countries technology resources.  It increases mining, increases carbon, decreases sustainability.  It is unscientific, and if there is a shred of decency left at the Basel Action Network, they will meet with us in a non-profit alternative dispute mediation setting, along with NRDC and EPA, hosted by Resolve.  They have been invited many times.

What I see happening now is large shredding and anti-gray-market interests gaining traction, and starting to donate money to political and environmental organizations like BAN and NRDC in support of "obsolescence in hindsight".   Barack Obama's own EPA appointees may be caught in the undertow.

What is the solution to the impasse?  Does this blog do any good, or am I going to wind up with my own export containers (22.5% of our units) phoned in as "haz waste" containers to the fair trade factories my company works with?  WR3A  has not drawn enough members to establish the 500,000 computers the UN needs, and my current strategy of getting them back via "crusade" is weak.

An organization like Resolve could document what their actual dispute is with WR3A. For a few weeks, I could stop attacking BAN, and they could stop accusing foreign geeks of poisoning people with computer repair.


And in the tongue in cheek theme of retro cultural references, here is a key scene from the Star Trek episode about NOMAD.