A word from our sponsors: GAO report on mining

Fresh data is emerging from GAO in 2009 after the Gale Norton - Lynn Scarlett - Jack Abramoff administration was exposed. This data neither supports the mining conglomerates nor completely supports some of the anti-mining / reactionary material I have peddled (it points out that while there are no federal royalties, that the states where the mining occurs have effectively introduced their own royalty system, which is an alternative and better explanation of Interior Committee congresspersons membership and votes than my previous hypothesis, that they were influenced directly by mining compa 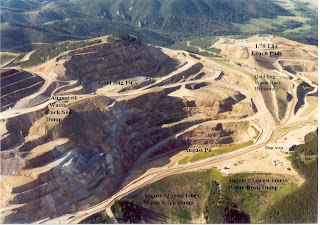 nies benefitting from the lack of royalties). When biased sources control and limit information, conspiracy theory is a byproduct.

The evidence will still show that our country regulates recycling disproportionately to the regulation of virgin resource extraction. We also regulate mines closer to regulatory offices. So, the farther in the boonies the investment (we closed Vermont mines first, closed Montana mines second, onward to Borneo...), the safer it is from regulation. I'm explaining this to my kids this morning, so they will understand the movie Avatar tomorrow (the mining explanations are also the times the "time to go pee" application on my brother in law's iphone says to send the kids out during the nearly 3 hours flick).

Now, back to our regularly scheduled programming on the Basel Convention and MPPI.
Posted by Robin at 9:44 AM