Is Computer Obsolescence Contagious to Cars?

This Associated Press article, High-tech vehicles pose trouble for some mechanics by Daisy Nguyen, gives voice to the auto mechanics who bemoan the increasingly complicated repair situation brought about by onboard computers on autos. Basically, they are having to sign EULA agreements which keep them from repairing the car. 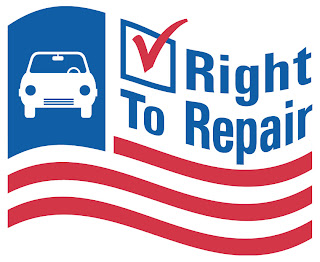 The automobile repair industry is a little bigger boned than electronics repair (link is to Aftermarket.org, the Automobile Aftermarket Industry Association), and they have had success towards rounding up 51 Senators to back the Right to Repair Act. Computer refurbishers should get on board and study this before it passes and see if we can get some relief for our industry written into the law.

This law is specifically in response to frustration over access to the code on the computers in cars. Repair professionals say that independent mechanics are not able to access the computer software information in the same way that dealership-shops can. But as long as they are opening the issue, a lot of gripes about parts and aftermarket support are thrown into the law to boot.

Here is a well-considered blog on the Act as proposed. I am hoping that Ralph Nader's re-emergence (I think he helped craft anti-obsolescence bills involving electronics and TVs in the 1960s) on the car-repair scene will lead to better Product Stewardship laws for computers than the current system, which is based on an irrational fear of export that has led to shredding of working parts. And it would be great if Consumer Reports, which has followed the bill for cars with intelligent commentary, would get involved in the E-Waste bills with the same focus on potential unintended consequences.
Posted by Robin at 9:24 AM