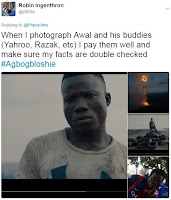 Well, well, well... it has been a busy week for Agbogbloshie.  We are looking for a release document for one of the "three musketeers" (Awal, Razak, Yahroo), who featured prominently in a new music video released for Placebo by Rise Records.  Not trying to scare them away, but to get them into their role in the dialogue.  They probably meant well, and are "collateral damage" from BAN propaganda... which they append at the video's final seconds, as if spreading fear for Africans victimization is compensation enough for a day of scrap circus performances. 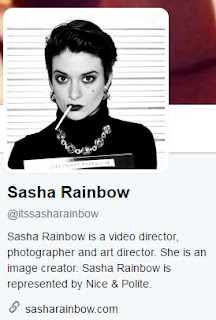 First, some actual journalism happened the same afternoon as the video was released, and from the same state (Oregon).  Resource Recycling magazine had a thoughtful cover article on our Fair Trade Recycling "carbon offset model" waste trading with Ghana.

Same day, Rise Records (Beaverton, OR) released a film by director "Sasha Rainbow".   The music video for glam-punk-rock rerelease UK group Placebo advertises albums and t-Shirts.  The Song is "Life's What You Make It".

The film opens with the line "dedicated to the workers of Agbogbloshie".  Well, that's nice.  What's fascinating is that Sasha Rainbow uses only a handful of the people there, and the most prominently featured is Awal Muhammed of Savelugu (north of Tamale), who I spent several weeks with in January and February.

Here's Awal in the music video.  I am struggling to know how to feel about this.  His name, at a minimum, should be in the credits.  He's not a "nameless faceless worker of Agbogbloshie". 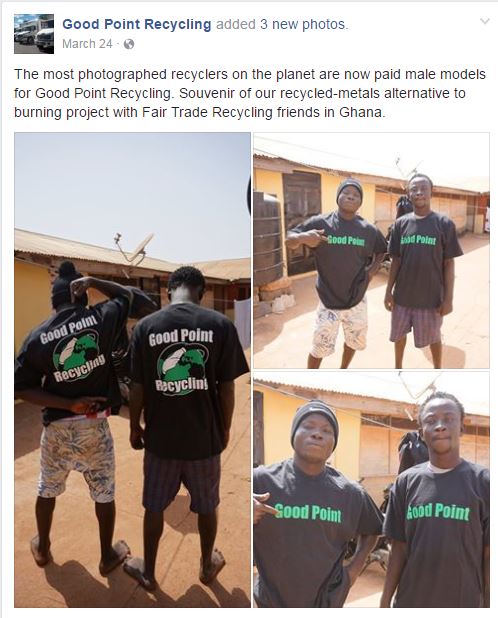 So I was kind of mock-exploiting these "most photographed dudes in Africa".  But I don't know if I paid them as much as Placebo or Sasha Rainbow paid them - or far more.  And I very much want to find out.  Because if Sasha Rainbow and Rise Records did compensate these workers, they should proudly name them (like a check would require) and say so in the credits.  Because Bellini, McElvaney, and other Euro Agbo Porno Photo Journos did not.  None of us assumes the scrappers are given more than a thank you, and if that's the case here, the Glam Rockers need to find out, and correct that.  If I see these people in a video that's making money, I want to read that the dudes were paid a fair crew wage.  The ironically titled video "Still Not Sponsored" is perhaps the grossest, most disturbing example, with smarmy ridiculing voice over by Mike Anane, a guy these scrappers detest.

And here is the link which you can follow in the video to buy T Shirts for Glam Rockers Placebo!  [6/4 ed note - link did not appear in banner ad this am, may have been removed but is below the Youtube vid. I stand by the statement I got to the t-shirt page from the link, the drummer picture is from wikipedia] 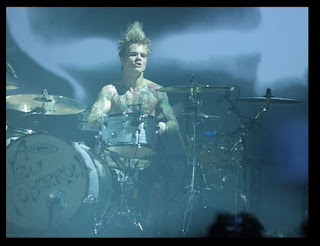 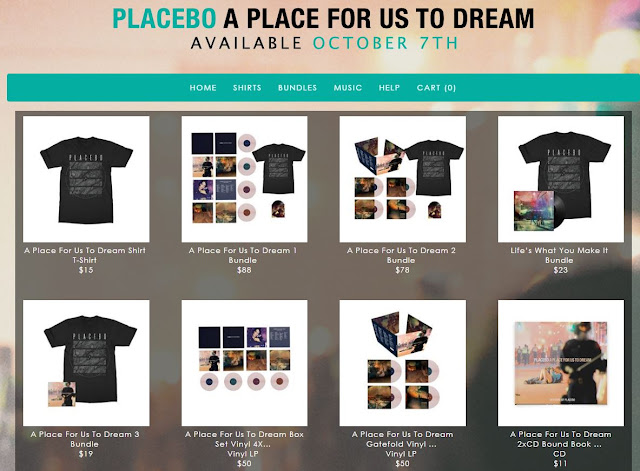 A place for us to dream:  Life for Awal, Razak, Yahroo in Agbogbloshie is what Euro Photo Journos made it... the 2015 evictions of Awal and his friends from the nearby slum, attacked as "Sodom and Gomorrah", was well enough documented that Sasha Rainbow and Rise Records might have found out about it before the shoot.

I was actually on the phone with Awal this week, and missed another call from him during a meeting I was at with Vermont ANR.

Anyway, I must say the video is beautifully shot, and captures the Catch-22 that is Agbogbloshie.  It is thanks to the ridiculous and false statistics (quoted at the end of the video) that Awal and his buddies get all this attention.  It's  because of the photojournalism that European agencies get funding for StEP and UNU and UNEP studies, and we have all these nice conferences in Salzburg and such.

I'm not against the scrappers making a living out of this.  And I would never have met Awal, or Razak, or Yahroo if it hadn't been for the Agbogbloshie E-Waste Hoax. 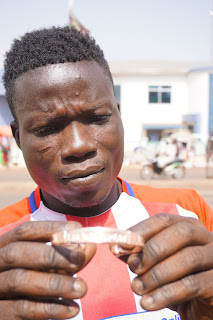 But I would have still met Alhassan, Kamil, Kamaldeen, Elvis, Wahab, Shareef, Awuldo, Karim, etc. etc. etc., the tech sector dudes and gals in Tamale and Accra and Kumasi.  I would have met them through trade with Wahab etc.  And those people are the victims of the false propaganda saying their imports are waste.

Joe "Hurricane" Benson is in prison because of the false stories about this being the "biggest e-waste dump in the world".  And "collateral damage" is no excuse.

So it's my job to point out that as long as the cowards in Europe continue to silently let this hoax grow, sucking artists and filmmakers and boybands into Accra, people will continue to exploit the "ewaste crisis" as an excuse to knock down Awal's home, as they did in 2015. 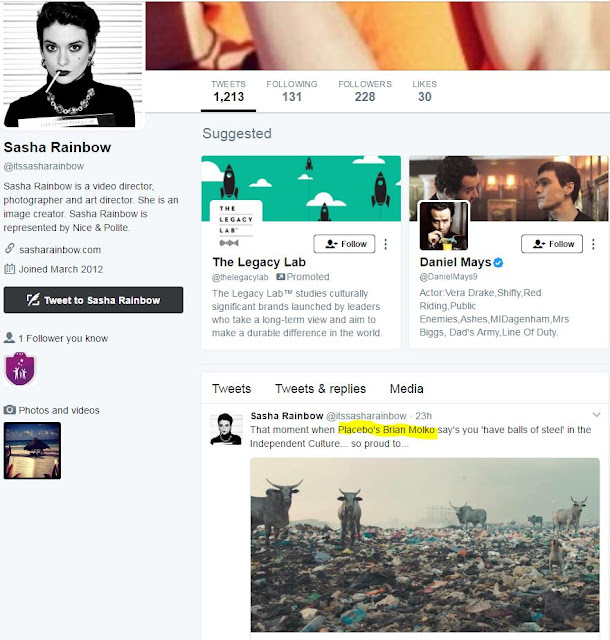 I've sent her a tweet to ask if she has lost the copy of his "release" form.  But I really don't mean to pick on Sasha Rainbow, RiseRecords, or Placebo or Brian Molko... They, like the other Euro Photo Journos in this week's series, are also collateral damage of a false propaganda vs. Africa's Geeks of Color.  All I ask is that they take a look at the case to FreeJoeBenson, and hold Lord Chris Smith accountable for spreading Mike Anane and Jim Puckett's filthy, false, defamatory "facts" in the first place.

Here's my comment on the Youtube release of "life is what you make it", if you want to "like" it and move it to the top of the discussion. 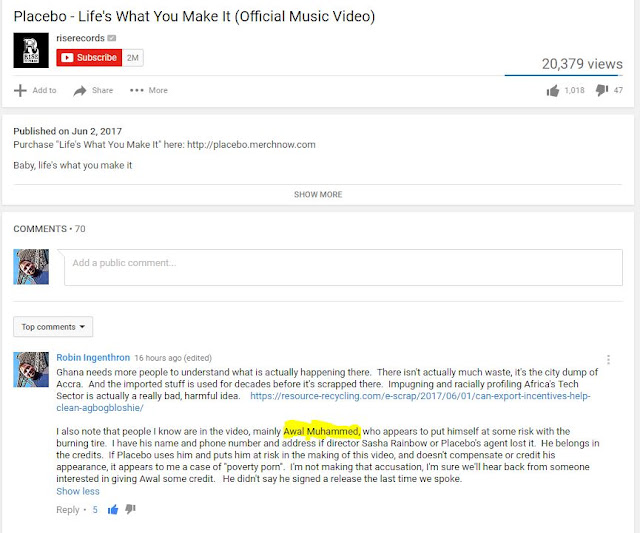 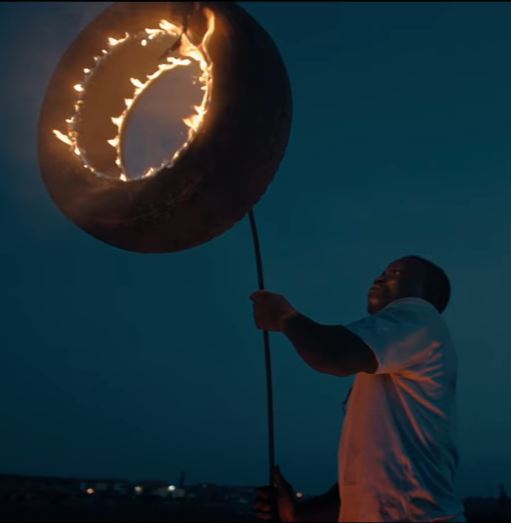 Awal told me he asks for money to put more gasoline onto the tires he burns for the photojournalists.  I never saw fires in Agbogbloshie like I saw in this video.  That just needs to be documented.