This was an April Fools Day joke.  A representative of BAN has expressed concern about our posting of it, see comments section below.


[April 1, 2010 Seattle, Washington]    Electronics recycling organization Basel Action Network stunned "ewaste" industry insiders this morning with an announcement that the organization had hired Robin Ingenthron, a former state regulator and CEO of a used electronics exporting company, as its next Executive Director. 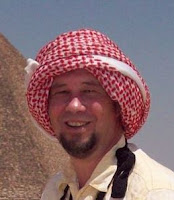 Outgoing Executive Director Jim Puckett described the surprise appointment as part of BAN's campaign to spruce up its message.   BAN has hired leaders from within the recycling industry before, including Lauren Roman of e-scrap processing company MaSeR.  Many other executives have recently made moves in the industry, including former EPA attorney Robert Tonetti moving to Unicor, and former Unicor director Larry Novicky moving to ERI, one of BAN's ESteward founders, but Ingenthron's switch from "export apologist" to export prohibitionist will certainly draw attention.

Puckett attributes the turnabout to the declining economy.  "We spent several years trying to get Robin to stop his apologist stance on hazardous e-waste exports.  In the end we found out that his company stock price was so low, it was cheaper just to buy him out."   The sale of assets from Good Point Recycling was estimated in the thousands of dollars. 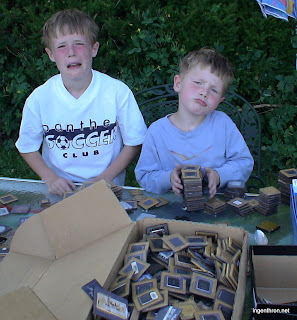 Ingenthron was until recently a major critic of what he called "prohibition" export policies, and advocated fair trade policies to improve the export market.   However, photos surfaced in the spring of Ingenthron's exploitation of Vermont children, working outdoors in what an environmentalist watchdog's press release described as a "toxic garden of oozing CPU processors" and a "witches' brew" of inert metal scraps. 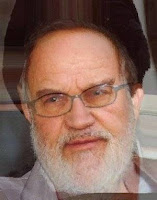 Asked about his new position at BAN, Ingenthron declined comment, citing (gesturing at) a non-disclosure gag order BAN had issued.   Ingenthron will be allowed under the contract to speak only non-western languages, and will be studying Hindi.

"We like the quieter, less argumentative, submissive Robin," said Puckett, who is being promoted to a new position at BAN's office in California as "Chief Engineer of Breaking Stuff".  Puckett hopped into a helicopter after the press event, sporting a black robe and long white beard.   Industry insiders expect more recycling executives to move to the Seattle watchdog's office, as BAN uses windfalls from its "gross earnings" tax on certified E-Stewards to pick off recycling professionals willing to sign similar non-compete and non-disclosure contracts.

Released April 1 2010   This is an APRIL FOOLS DAY satire, written the day after I read Jim Puckett's Opinion Piece in E-Scrap News, which accused our contract manufacturing partners of poisoning people.  In Jim's Opinion piece, he states "Some have called exporting such equipment for re-use a form of fair trade;  however, there is nothing fair about saving money by poisoning others".    I took this as directed at this blog, and the April Fool's satire above seemed like the way to respond with a sense of humor.  As is obvious to readers of this column, fair trade does NOT "externalize" costs, it recognizes them, requires they be dealt with, compensates the repair people for them, and audits that no one is poisoned as a result.
Posted by Robin at 7:55 AM

This is really sad.

Robin, I'm embarrassed that a fellow Middlebury alum would stoop to this level of puerile satire.

I wouldn't bother commenting here but your piece is malicious enough to confuse people.

Thousands of poor people are sickened and dying because of e-waste, and instead of debating on the facts, you stoop to this level of juvenile stupidity.

There are many irritating pieces here that are beneath comment. One, however, rises to the level of scurrilous libel, and you would be wise to heed this warning: stop propagating the lie that BAN charges a 1% tax. This is untrue.

If you want to see the program costs, go to www.e-stewards.org. In fact, costs are deliberately biased toward small companies and non-profits.

Nearly 50 recyclers nationwide, including the biggest in the country, are delighted to pay them. They see it as an investment in true social and environmental sustainability.

Please cease with the distortions and badly done satire.

I'm not a Midd alum, I'm Carleton '84 (I just hire Midd alums). If I label this as "April Fools" more prominently, will that ease your concern?

I had heard the 1% of grosses from 2 independent (large company) sources, concerning the "Certification" program only. In any case, you mention 50. Those would be the Pledge Signers, which Jim rightly scolded me for confusing with Certified EStewards (and/or Founders). I certainly know BAN does not tax 1% to Pledge companies. There are a number of people who confuse the two.

I have often re-edited posts here in response to constructive comments from BAN... once in redline, usually just via edit.

Admittedly, I had just read Jim's piece in E-Scrap News describing our fair trade program as "poisoning people", I thought of this April Fools piece as a way to respond to the provocation while maintaining a sense of humor with someone that I was once friendly with...

I began working with the contract manufacturing companies as end markets eight years ago (and talking with Jim and Sarah the whole time). At this point, I would describe some of the SKD contract manufacturers as personal friends, the best hope for their countries development and for the development of their own national domestic processing capability. If anything is scurrilous libel, it has been BAN's description of the factories which made the monitor on your desk as polluting, illegal, and unfair.

For many years I have helped BAN where I could. Now I see a campaign to destroy really good people.

PS - A watchdog that barks at everybody is no help to anybody.