In the next blogs of this series "Certification and Racketeering", we look at a chart comparing 6 actual and 1 hypothetical use of GPS Tracking Devices to follow largely unwitting and unwilling subjects.  We compare methods of placement, tracking, and financial involvement of lead investigators. From there, we will delve into whether the study acts as "Environmental Watchdog" or merely protects the claims of being an authority when those claims are threatened. If, for example, a GPS tracking study specifically seeks to discredit or scandalize someone who has a beef with the Investigator, does that influence the mechanics of the study?

In the 7th hypothetical GPS Tracking study, I've deliberately created a clearcut "Racketeering" use (using the tracking study to offer a solution to a problem that would not otherwise exist without the financial interest of the investigator). The hypothetical would clearly be a matter for the American Civil Liberties Union, or EFF, or Interpol or Bob Mueller to decide. We then correlate the studies to see which ones have more in common with the Racketeering Hypothesis.  Then we look at quotes and behavior of the lead investigator.

Certain MIT students, when they get older, may want to come forward and disclose specific methods used to drop specific devices at specific places. I can promise anonymity and cover your costs. I can also put you in touch with MIT's own attorney, who took over correspondence after MIT Senseable City Lab excused themselves from further collaboration with BAN.org

Later, we will visit ("Take Your Pic") the use of cringy photos to jolt emotions when the actual statistical findings are not doing the trick. The art of a deal "selling" an unnecessary service, deceitful or otherwise, involves provocative / race-baiting imagery.

In the DWE tracking study, Dennis Ward    @dward_dennis gives us charts. In report by BAN, we have constant tear-jerking imagery evocative of our worst fears and perceptions of their so-called "Third World". But let's first focus on the methodology in 7 separate GPS Tracking Reports.

GPS trackers show exchange of products between two consenting parties.  There is not a single case of direct dumping of used electronics at foreign landfills. Who are we guilty of doing business with? And what makes our partnership suspicious? 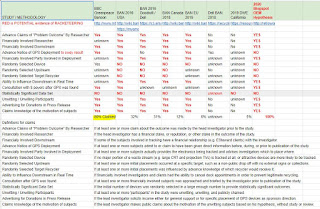 BAN issued a press release that their EU study had confirmed an export crime / problem, but BAN only found 6% of the devices they deployed were exported. DWE found 5%... for such a small sample, that's basically 100% agreement.

BAN claims that 6% is evidence of "leakage" - i.e. a problem.  DWE does not judge the 5%.   In the BAN study, the ONLY evidence that the 6% of exports were "bad" is their own claim to have secretly sabotaged those 6%. And their report contrasts SHARPLY against their previous claims of 80% dumping, and their claims that studies predicting ~5% were flawed. If they are trying to bend the truth, truth is being a little  That will be compared to the hypothetical case of pure racketeering. (ed note: INTERPOL has a job to do to clean up the mess Solly Granatstein and David Higgins created by giving this "charity NGO" such a high profile).

Here are the 7 GPS Tracking Studies we are addressing in the Good Point Ideas Blog.