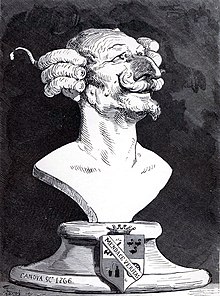 While travelling to visit family members for Christmas holiday, I listened to an NPR story on "Munchausen Syndrome by Internet", which interviewed bloggist Taryn Harper, keeper of the #WarriorEliHoax blog.

Munchausen Syndrome is basically an addiction to getting attention by malingering or outright faking danger or illness.  It has reached the popular media in cases of "Munchausen by Proxy" - cases where a parent (usually a mom) endangers or imperils her children to "earn" sympathy and attention. The NPR study was about "Munchausen by Internet".  In MbI, sympathy whores (to coin an ugly phrase) create multiple fake online personas and histories which pose heartbreaking problems for public "Hashtag" sympathy.  The hashtag is the attention getting device on twitter, the heart wrenching or guilt-inducing story is the honeypot.

"Munchausen's syndrome is a psychological and behavioural condition where someone pretends to be ill or induces symptoms of illness in themselves. It is also sometimes known as factitious disorder.  People with the condition intentionally produce or pretend to have physical or psychological symptoms of illness.  Their main intention is to assume the "sick role" to have people care for them and be the centre of attention."

The Africans with roles in the #ewastehoax of Agbogbloshie aren't throwing the pity party.  But when they find themselves profiled by Western media, or as an NGO's "A Place Called Away," they have something... attention.  Ozark natives invested in New York City's fascination with poverty through Barney Google, Snuffy Smith, Little Abner, and Hollywood's fixation on Beverley Hillbillies and Green Acres;  So too, Africans can't help but try to turn the sour story into lemonade.

As previously documented, many Western journalists relied on "source" Mike Anane, who claimed to be witness to fishing and swimming in the pristine waters of the Odaw River in the late 1990s before it became a the "world's largest" Western #ewaste dump.  The fiction can be easily and quickly discovered with a simple internet search of "Odaw River Pollution", or searching for the site on Google maps (it's a relatively small automobile junkyard near the center of Ghana, long eyed as a target for eviction by AMA and Accra's urban developers.

But like #WarriorEli, the story bends Western hearts and makes people seem to care about slum dwellers and their children.  Can something good come of this? Or is it going to be another case of #parasitesofthepoor, regulators and "non-profits" bagging cash off of images and leaving nothing but scraps for the scrappers?

What I'd like to explore in the next few blogs are the lives of the scrappers Awal, Rachid, and Razak, who I interviewed via Q method on film.  We've stayed in touch, more or less.  Awal in particular has taken to calling me, often 5-6 time per day, on my cell phone.  I can't always take the call, and of course have the phone turned off at night.  And I have screenshots of the WhatsApp discussion, and how it progressed over the 9 months since my visit.

Basically, the challenge is how slum dwellers fare with or without the world's attention via a fake story, the #ewastehoax.

Why are the wire burners so much more interesting to journalists than repair technicians of the same age, but much higher education, the valedictorians at Chendiba who didn't migrate south the the capital city slum?  Other than proximity to the airport And how does the self-serving alarmism of journalists stoke the fire of #charitableindustrialcomplex, and how do we break the unhealthy cycle of #saviorcomplex and #sugarmouth?

#Sugarmouth... I'll have to devote a blog to that by itself.  It's a perjorative term for people who sweet talk the Africans, promise big changes or wealth, and never deliver. As a veteran Peace Corps volunteer, I recognize the slippery slope of hope and aspiration, and the way a whitesavior can become heroicized and guilt tripped.   I'm really trying to stay away from that.

More to come.  The distinct roles of the international policy workers, their perceptions of the "Third World",  guilt, nurture and heroicism.