WR3A posted a film on YouTube last summer where we showed a hardworking African entrepreneur doing a great job of fixing and reselling monitors in Senegal. His storyline was that he was happily doing business in California... then SB20 came along and ate up all his monitors with a loud crunching noise. He relocated to NYC, and bought from a guy and found I guess the container stuffed with muddy Katrina cake computers, losing all his money. SB20's unintended consequences. When he came to Vermont, he was so worried about taking junk that he tested everything. When it got to Senegal, he repaired everything he could. Yet this guy is being labelled either a polluter, or at best someone bringing working computers "which will someday need to be recycled". What I saw in Souley was the best hope Africa has. To refuse to sell him computers is to keep Africans 'barefoot and pregnant'.

But the African guys scale of operation is only a thousand or so monitors per month. If you really want to understand the export market, look for "Big Secret Factories". 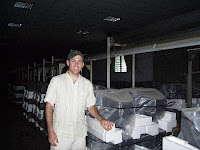 In 1992, when I was a new recycling program director at Massachusetts DEP, I made a shocking announcement. There were 22 paper mills in Massachusetts that relied on waste paper for most or all of their feedstock, and if people didn't recycle these factories would close and a few thousand blue collar jobs would go away.

Having put myself through grad school driving a paper recycling truck, it was, to me, like an announcement that there are laundromats where people wash clothes. But it hit the front page of the Boston Globe, and I got my first earful from a Governor's (Weld) office about unauthorized leaks to the press.

Today, in a weird deja vu, I have been asked a lot of questions about the controversial theory that there are factories which buy 5000 used USA monitors per day, and that most developing countries do not throw away working CRT tubes. I have film of actual sitings of these 'bigfoot' monitor buyers. But people still doubt. If this was really true, why don't they come out and advertise themselves?

That reminds me of another previous Massachusetts job, trucking at Earthworm Recycling in Boston. It was back in the 1980s before Earth Day 1990 (the big rebirth one). We sold sorted office paper through middlemen to mills like the one in Erving MA which turned it into toilet paper. I thought they should tell people that their stuff isn't made from trees, it's made of recycled paper!! I know, that's done by companies like Marcal now... but when I called the mill guy to convince him, it was a blank stare over the phone.

Like trying to convince a restaurant owner to put a sign in the window... "Someone else ate off of our plates before you."

If you are in the business, its seems obvious, and if it doesn't seem obvious to YOU, then you must not be in the business. If you are not in the business, what benefit does the factory manager get from giving you a tour and telling you? Only harm can come. There is a Chinese expression, "do not be a crane among the chickens". It means if you just another white bird, don't stick your neck up and attract the farmer's attention... or you'll be next on the plate.

"Why would someone want to use my product if they knew it was made of used stuff?" the paper mill manager asked incredulously.

The market forces driving computer exports are on the same scale as paper recycling mills in the Northeast. Reuse and refurbishment factories are so ingrained in the business now that 50% of all computer sales are "white box", which frequently means some component - a repainted case, a refurbished power supply, a rebuilt floppy disk drive - is reuse and recycled.

In Septemer 2007, Harvard Business Review published an excellent article titled "The Battle for China's 'good enough' Market". In a previous blog, I went on and on about this.. about the repair and reuse market being a gateway to large scale manufacturing, about the secondary market being the only affordable option for most people in the world, about the protectionist intentions against reuse by established manufacturers, and about the tensions between sustainable reuse, counterfeiting, and 'obsolescence in hindsight'. The reason to repost is that I found some good photos and film clips of one of the factories I was talking about.

The point is not that all exports are good. The factory pictured is the size of a small airport, but they can only use about 65% of the monitors we get in. They use 5000 per day. If we shipped all of ours (including the Toxics Along for the Ride), we could be shipping 6750 per day, with 1750 winding up in piles surrounded by barefoot children.

The residue would start to add up. Every day, 1750 monitors would be added to the pile, stripped of copper and plastic, and in less than a week there would be more on the ground than the factory purchased in a day. There would be no pile to photograph in the factory... but head to the village. What the National Geographic or CBS Reporter sees is evidence that junk monitors are being dumped on top of barefoot children and set ablaze.

It is true this pollution is a biproduct of the reuse factory. The legal counsel for the owner of several of these factories told me they were not generating the pollution, but that they were "closing one eye" when they bought the good monitors through middlemen. Their solution was to support WR3A, to buy direct the monitors they need, and to invest in proper recycling of the residue. But in the meantime, they have to feed three shifts per day. So the imports to the village continue.

So is the solution to mine rain forests and make CRTs that will last 15 years, generating vast greenhouse gases in the smelting and production, and then grinding and disposing the working 5 year old monitors?

That cure would be worse than the disease. WR3A.org, World Computer Exchange, National Cristina Foundation, and others are following a "Fair Trade" path, seeking to reform the export practices while supporting the factories in these photos.

If you do a true lifecycle analysis, the recycling hierarchy (reduce, reuse, recycle) holds true in this industry. And what I like about it (and go on and on about in last week's blog), is that I saw 20 year old valedictorians with eyes of steel setting up these factories in Malaysia. I am trying to set one up with a women's coop in Mexico. These people are setting up TV and monitor manufacturing factories. Like little Samsung Sony dudes. Or more like Michael Dell, refurbishing IBM in his Texas dorm room. The Senegalese, The Egyptian, The Malaysian, The Taiwanese, The Mexican Women, The Burkinabes... they are not pirates or sleazebags.

They are the best goddam hope I have for peace and prosperity in the world. And the USA is setting up massive factories and laws to break the stuff, and cut them off at the knees. And it is good, green people doing it. I am growing hoarse.

One hope was Hwang, a Chinese government bureaucrate who represents the new product manufacturers, who in China are trying to kill these factories in order to preserve sales of outdated new CRT manufacturing. She was a very good person, in a government job. She arranged tours for me of any reuse village I asked to visit, of the reuse markets in Guangzhou, etc. When I expressed my fears that the Chinese government would try to put out of business the entrepreneurs in these reuse markets, she had a Taoist response... that as much as the government might one day try, it could not possibly control the reuse market.

Two of China's top 20 billionairs are repairmen (one bicycles, the other tractors). With your brain and someone else's discard, you can be an independent manufacturer.

What follows below is some of the best photos and film clips of one WR3A "secret factory" visits. Click twice below (on the green shirt guy)... 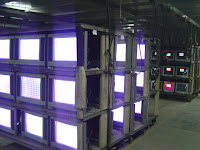 At this particular factory, they even took the old monitor casings, pelletized the platic in-house, and re-molded them into new monitor casings!! (adding black die). 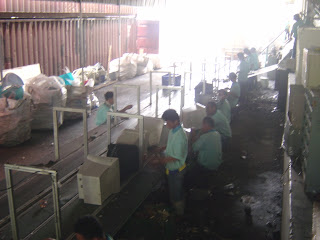 So, I can also show you places to buy these TVs and monitors, which are the only ones that most India college students, Egyptian medical students, South American engineering students, etc. can buy. They cost a fraction of the cost of a new monitor, in a place where that fraction is a month's income.

Please allow reuse. I guess Maria Antoinette never actually said (when told that the peasants have no bread to eat), "let them eat cake!". But this idea that they should all get new laptops kind of sounds even more hideously clueless.

In the grey market world, these small manufacturers have the odds stacked against them. There are big competitors throwing logs on the tracks, who got the Chinese Communist Party to shut a lot of them down. It's like the "Catch Me if you Can" movie, they set back up in Indonesia, Thailand and Malaysia. These guys are so damn good. I hope they win. 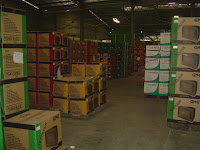 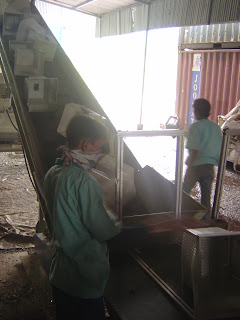 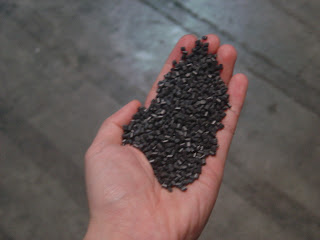