The Spiraling Economy: Double Regulations of A Circular Economy

Here is the recycler's recurring nightmare...


"We'd love to keep using 1,000 tons per day of your recycled material instead of mining and extracting it from forests and mountains. But EPA says we'd need a Waste Facility Perimit in addition to our clean air and water permits.  If we mine from the mountain, we just need 2 permits, not 3"

No good deed goes unpunished. Regulators of city waste insist on tracking processed recyclables in the industrial mineral market, even when they compete as "furnace ready" feedstocks with materials mined from mountainsides.

The best hard rock mining is worse than the worst recycling. And this week, the Wall Street Journal's reporters Mackenzie Knowles-Coursin and Joe Parkinson show us what some of the worst (gold) mining looks like.

Government regulators are holding secondary feedstock to a different standard, with unintended consequences.  This blog documented the unintended consequences of regulating reuse markets (Project Eden), and I wrote a pretty decent article (Time Out of Mined) on Bevel exemptions for mining waste vs. lack of exemptions for post-consumer recyclables just months before CLRR collapsed and CRT cullet began going to California and Illinois landfills.

When the EPA CRT Rule was written, a consultant wisely advised to put a condition on the exempt material - to remain exempt from hazardous waste permitting rules, the CRTs either had to be a) reused, or b) made into "furnace ready cullet". 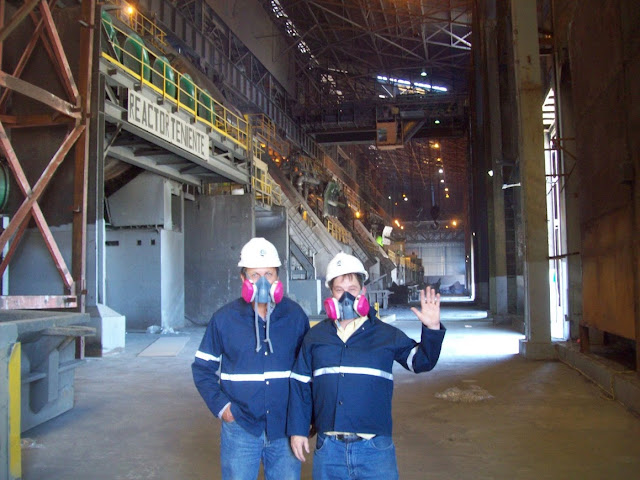 CLRR is the largest and perhaps most infamous example of the recycling exemption gone wrong. Many blame EPA for letting the mess get out of hand. But the problem was not the exemption, it was failure by inspectors to note that the millions of pounds of broken CRT glass inside CLRR's facility were neither a) nor b). If a company is not meeting the criteria for exemption in the first place, it is not cause to terminate the exception.

Spain and Mexico environmental officials, as well as several USA states, are now calling furnace ready cullet "CRT Glass" and attaching the "waste" label to refined raw material. Spain has called on the tile manufacturer, Camacho, to obtain a "waste permit" for the factory where the tiles are made.

Camacho's response was certainly reasonable. They had been mining leaded silica from mountains for centuries, and if they go back to doing that, they will continue to need air and water permits, but not a waste permit.

Out of the Market Pool

This was what kept our copper smelter in Mexico from accepting "CRT glass" from CLRR in 2015. We proposed to label the CRT glass as "furnace ready cullet graded as fluxing agent", but SERI and EStewards auditors wanted to call it "CRT glass".

If you grind toasters into tiny bits of steel scrap, you don't have to continue to label it as "toaster steel".  When the tiles are made by Camacho, Home Depot and Lowes can't reasonably be asked to obtain a waste license to sell tiles made of recycled content.

Well intended as it is, this is regulation at its worst.  The "Circular Economy" depends on raw material emerging back at the TOP of the circle without a "waste" label. If the cullet is ready for the furnace, it's just cullet, not "waste CRTs".  This won't be a loophole if inspectors are trained to know what furnace readiness looks like, what equipment and labor is required to turn the CRTs into that cullet, etc.

If you are worried about how a hospital is managing the deceased bodies, it won't help you regulate the hospital by attaching toe tags to all incoming patients. Regulators fail to understand that they can do as much harm through malpractice as they can from failing to regulate.

"Continuing to define elements derived from secondary material as 'waste" will not lead to a Circular Economy. It will lead to an regulatory environment that rewards mining and extraction, as recycling spirals out of control."