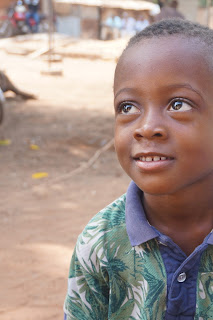 In Part 1, the competitive economic interests of nations, industry, and graduates were weighed in the battle for "good enough" markets.   If 1 billion Africans, 1 billion Chinese, 1 billion Indians, etc. are buying manufactured goods for the first time between 1960 and 2010, that's a lot of material and a lot of money.

The biggest change in that half decade were #1 New Industrial Goods manufacturing being relocated to the "Global South" in pursuit of greenfield manufacturing and lower labor rates.  Whether that industry was owned and controlled by "home" governments (CCP China, India) or outsourced by Western companies, the net effect had at least one positive outcome.

One effect was growth of the "1%" richest people. I can get my head bitten off for writing this in Vermont, but it's a math problem.  The economy doesn't actually accrue via "proportions".

The less profit I make on one individual buyer, the more extraordinarily rich I can be.  Taking a 20% profit off of 300 million transactions doesn't make me filthy rich.   But taking a 1% profit on 7 billion transactions will make me "One Percenter".  As more people on Earth can afford more stuff, the proportion of income held by the top percent increases.  Most of the "margin" on the 300 million units goes into making them cost $100 per (7 billion) transaction instead of $1,000 per  transaction.

What we want is for little brown boys to be able to buy used gadgets for $50 instead of brand new gadgets for $500 each.  We want them to save their $450 and hopefully, one day, have mutual funds.  But whenever I mention my dream of Africans owning mutual funds in a generation, I get looked at like I've just said hillbillies will in the next generation work in Japanese owned truck factories in Arkansas?  If I'd said that in 1970s, I'd  get that look, but a generation later and Hino Trucks are built in Arkansas.   So yeah, my goal is for kids in emerging market to not only get onto the internet, but to vote in democracies and save money and educate their daughters, and this "ewastehoax" is getting in my way, big time.

What's next?  Africans assembling TVs for Chinese companies?  Oh... done that @Hisense in 2013. A huge problem is distrust of capitalism and business, so bear with me while I make the case for giving capital and global trade some credit for the fantastic progress documented by Hans Rosling.

The One Percenter who makes 3 billion devices can take just $100 per $800 smart phone and multiply that by 3 billion and he has 300 billion.   The maker of 300 million $2000 phones might make $500 on each and still gets $150 billion in profit.  The 1% person making $800 smart phones makes twice that, while taking 1/10 the profit margin.   Capitalism makes 1% people fastest when the poor can afford devices fastest. 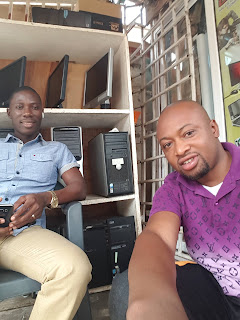 Before they can sell new devices to the emerging markets, however, the emerging markets need things like cell phone towers, internet cable, and TV stations.   But no one in those countries could afford $800 or $1000 gadgets, and no one invests in towers and cables if no one has a gadget.  Fortunately, however, Africans have been buying used gadgets (TVs, PCs, cell phones) for many decades, in a modern day "hillbilly highway".  They are actually going to pass India.

This circles back to Spiral Economy Trumps Circular Economy, Part 1.   A central conceit of India's Command and Control markets trying to "protect" #1 Value Added New Industrial Goods manufacturing.   Command and Control economies tend to think that #2, imported second hand goods from wealthy nations undermine their own manufacturing.  But as we saw in Post 1, what they sacrifice is the Tinkerer's Blessing.

Where am I going with this Economics Lesson in an "Ewaste Blog", other than burning my bridges with tender hearted photojournalists?  I'm headed back to Agbogbloshie, to Guiyu, Loni and Mandoli.  Because the circuit boards, wire ash, leaded glass and smoke and ash in those places is NOT waste dumped by 300 million people.  It is part of the "spiral economy" of second hand and third hand and re-manufactured goods.

The math is based on OECD being about a billion people of 7 billion.  But of the remaining 6 billion, there are about 4 billion earning 3K-10k who live in cities with electricity and roads.  It is a market place where people want a gadget but can't afford a brand new one.  A "good enough" market, where a cell phone good enough to make a phone call isn't "waste".

See what happens?  As the number of "wealthy" people (measured by owned capital, not by income) has doubled.  The "teledensity" of gadget owners triples, the cost of the newer gadgets falls.  The "One Percent" gets richer at the same time as the poor get a cell phone, leapfrogging the entire "telephone poles with wires" economy.

It isn't perfect.  Eventually, the gadgets fail or fall in value to a point that the scrap is worth more than the functional device.  But in the interim, the LIFE OF THE GADGET is not 15 years instead of 5 years.

Finding 15 year old goods piled in "poor" countries doesn't mean that the gadgets replaced by the wealthy after 5 years didn't work.  It means the carbon, the mining, all the costs of production of the device were used by 900 million people, living in a spiral, instead of 300 million people living in a "circular" (big shred) economy. 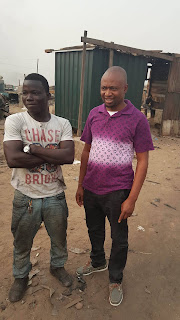 What EU is trying to do with the "circular economy" is to stop the spiral.  Gadgets after 5 years get shredded and turned into metals and powders in hermetically sealed European factories owned by white people and staffed with robots.

That leads to a world of less trade, shorter product lifes, more mining, more pollution, poorer people, and less one percenters.  What we need for the "spiral economy" to be circular is to distill the value and employ the scrappers.